Wetlands are key to the Bay’s future 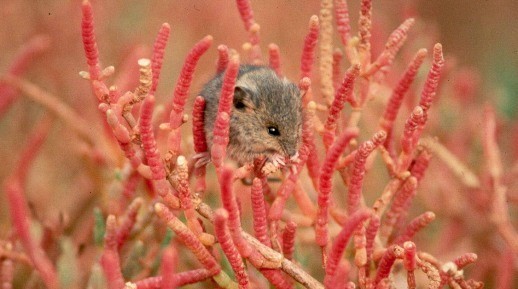 The Bay’s tides are projected to rise 5 feet within the next generation. That means the wetlands and marshes resting right at the waterline are vulnerable. They will be among the first areas to suffer severe flooding due to sea level rise.

In these sensitive shoreline spots, native birds make their nests in the underbrush; harbor seals rest while raising their pups; and many native fish species feed and reproduce. As the water levels rise, these animals will lose access to rich marshland food, water, and shelter.

But healthy wetlands can also be a remarkable tool for Bay resilience. They filter out pollutants, sequester carbon, and help stabilize shorelines from erosion. And they create a buffer between the water and the lands, roads, and buildings that currently sit above the waterline.

That makes wetland protection and restoration one of the Bay Area’s most important priorities for dealing with sea level rise. But many local agencies don’t know what needs to be done and aren’t taking the steps needed to protect the Bay’s wetlands.

Baykeeper’s new ShoreView web tool can help. It documents how sea level rise will affect areas all around the Bay. The website features new StreetView imagery of the shoreline, captured in partnership with Google from the Baykeeper boat. The imagery identifies the key areas where wetlands can help mitigate the harmful impacts of rising tides in the Bay.

Baykeeper’s scientists are using this information to advocate for critical measures to protect wetland habitat, such as re-using dredged sediment to restore Bay Area wetlands and ensuring that marshes and wetlands are healthy enough to support wildlife.

It’s critical for the Bay Area to prioritize wetlands so that the communities and wildlife that make their home along the Bay will be more resilient in the face of the looming climate crisis.

Read more about the connection between Bay wetlands, wildlife, and sea level rise.

Pictured above: A salt marsh harvest mouse feeds on pickleweed at low tide. These endangered animals are only found in salt marshes in Northern California. Source: USFWS.

The Day the Sky Turned Orange

We hold certain truths about nature to be self-evident: the sun rises in the east, gravity grounds us, tides ebb and flow, and the sky is blue. But leave it to 2020 to show us that even some of these...
October 29, 2020

In a bizarre act of make believe, the Environmental Protection Agency (EPA) team in D.C. is claiming that pond water isn’t water. EPA recently decided that the Redwood City salt ponds are land and...
April 15, 2020