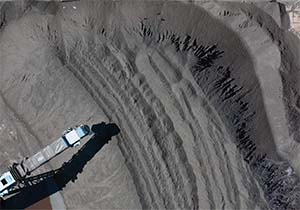 Why did four counties in Utah approve a $50 million investment to send to Bay Area developers? Because they’re planning to build a massive coal export terminal in Oakland, right at the foot of the Bay Bridge. It’s no joke. Coal dust is toxic, containing heavy metals, arsenic, and other harmful chemicals. The transport and handling of large quantities of coal will pollute West Oakland neighborhoods already suffering from high levels of industrial pollution and increase the likelihood of a harmful spill into the Bay.

These toxic shipments would also contribute to the global climate crisis when burned for fuel overseas. There is no place for coal here in the Bay Area, or anywhere.

The City of Oakland bravely stood up to the developers by passing a coal ban. But the coal developers took Oakland to court and aren’t backing down. In fact, they recently announced plans to withdraw from negotiations and move forward with their plan to export toxic coal through Oakland. Fortunately, some of the mayoral and city council candidates for the upcoming election have signed a pledge to keep coal out of the city and protect public health.

We need your voice to support the people of Oakland. Our communities have a right to clean air and a healthy Bay, and no developer should be allowed to hold a community's health hostage just to make a buck. You can support Baykeeper’s – and our local partners, including No Coal in Oakland, West Oakland Environmental Indicators Project, Sierra Club, and Earthjustice's – efforts to stop this disaster in the making.

Sign your name to oppose the Oakland coal terminal