Over 40 years ago, before Baykeeper was founded as the Bay’s pollution watchdog, San Francisco Bay was treated as a cesspool receiving untreated wastewater from cities along the Bay. Swimmers and wildlife in the Bay were frequently exposed to harmful bacteria and toxins that made them sick.

As a result of over a fifteen years of Baykeeper’s advocacy and legal actions, Bay Area sewer agencies have dramatically reduced their spills of raw sewage into San Francisco Bay. Some Bay Area sewer agencies are making progress that will keep sewage pollution out of the Bay in the future. And other agencies still need to do more to protect the Bay under agreements they have made with Baykeeper.

As of this year, San Carlos’s city sewer agency reduced its sewage spill rate by more than 90%. In 2010, when Baykeeper filed suit, the agency had a record of 65-90 spills per year, resulting in nearly 63,000 gallons of raw sewage spilling into neighborhoods, onto streets, and into the Bay between 2004 to 2009.  Now San Carlos has made all its required repairs and is no longer illegally polluting the Bay with thousands of gallons of raw sewage every year.

For years, outdated Bay Area sewer systems spilled millions of gallons of raw and undertreated sewage into the Bay. Baykeeper’s Sick of Sewage Campaign secured legally-binding agreements requiring some of the worst-polluting sewer agencies—which serve 20 cities around the Bay—to upgrade their dilapidated infrastructure. Under our agreements, the sewer agencies are required to make repairs and improvements on a year-by-year timetable.

One agency that still needs to do more to stop sewage spills is the city of Richmond, which was responsible for over 500,000 gallons of sewage spilled into San Francisco Bay over the past year.  Baykeeper has been working with Richmond for many years to require improvements to the city’s sewer system. Now that we are seeing significant progress at many of its counterparts around the Bay, we are ramping up our efforts to require critical upgrades in Richmond.

Under an agreement between Baykeeper, EPA, and sewer agencies serving nine East Bay cities, major upgrades are also underway elsewhere in the East Bay. The repairs are being made on a 20-year timetable that will reduce, and eventually end, the current practice of deliberately releasing partly-treated sewage into the Bay during major rainstorms. Oakland, one of the cities covered under this agreement, is making a major investment this year, upgrading miles of pipes and expanding capacity to prevent flooding during storms.

Baykeeper will continue our legal action, and continue to monitor and enforce agreements requiring sewage spill reduction, until sewage pollution is no longer a problem for the Bay Area.  Our goal is to create a San Francisco Bay that is safe for swimming and healthy for wildlife. 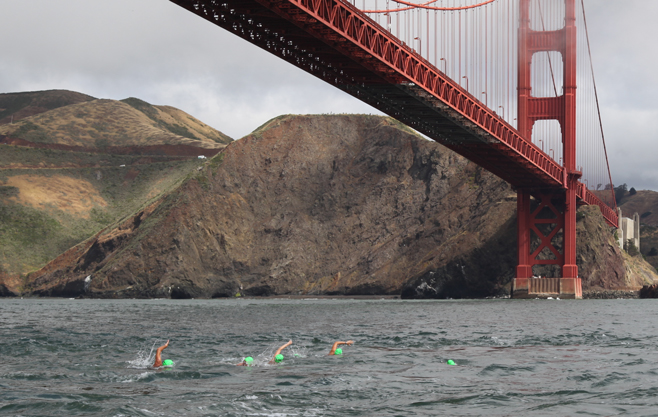 Too little (but not too late) for the Petaluma River

Updated: On March 17, 2020, Baykeeper further challenged the Regional Board's flawed plan before the oversight agency, urging the State Water Board to reject the plan as inadequate. Baykeeper's...
April 11, 2020
Join us to hold polluters accountable and defend the Bay DONATE NOW >