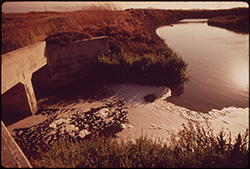 Fifty years ago, America’s waterways were choked with sewage and industrial runoff. Cities, corporations, and individuals treated bodies of water across the country, including San Francisco Bay, like dumps. Wastewater plants released raw sewage directly into the Bay and industrial facilities spewed toxic waste onto the shoreline and into the Bay, rivers, and creeks. Even recreational boaters were instructed to throw their trash into the water. 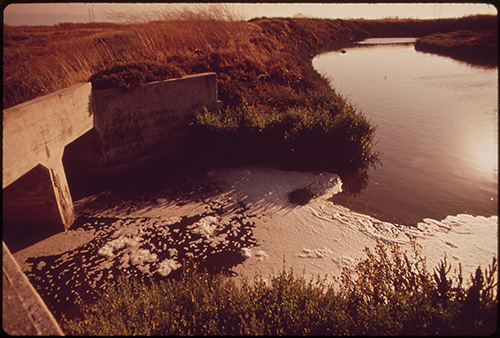 By the late ’60s, the public realized their beloved waterways had turned into poisonous cesspools. Two events in 1969—a massive oil spill in Santa Barbara and the Cuyahoga River catching on fire—galvanized the emerging environmental movement, and in 1972, the Clean Water Act was born. Today, Clean Water Act standards prevent an estimated 700 billion pounds of toxic pollution—the equivalent of 6 pounds of pollution per American per day—from entering US waters every single year!

The Bay Area is no exception. The Clean Water Act has been a powerful tool in our over three decades of work defending the Bay and its tributaries. Some of our landmark Clean Water Act cases include victories against:

The Clean Water Act is, without a doubt, the bedrock of legal protection for America’s waters and of Baykeeper’s work defending the Bay. But the Act’s work is far from over. Many waterways across the country—and even around the Bay Area—are not yet fishable or swimmable. As we celebrate the Clean Water Act’s 50th birthday, it’s critical that we continue to enforce and strengthen this vital water law for our future generations.

Pictured, above: raw sewage being discharged into the Bay circa 1970 (photo by US EPA)

Do you have a tip for us? Eye-witness accounts and whistleblowers are key to our work identifying polluters and other threats to the Bay. Click here to reach out to our pollution hotline.

Last year, the Sacramento River’s winter-run Chinook salmon were almost entirely killed off. How? California’s State Water Resources Control Board allowed water releases into the river that were too...
January 12, 2022
Join us to hold polluters accountable and defend the Bay DONATE NOW >