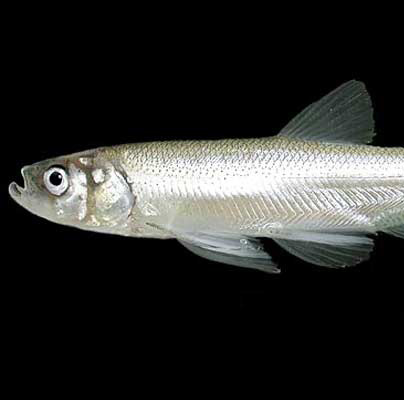 Today’s announcement follows a petition and three lawsuits filed by the Center for Biological Diversity and San Francisco Baykeeper on behalf of the fish. The agency delayed identification and protection of critical habitat, which will require future action by the groups.

“Our local longfin smelt population is particularly sensitive to changes in the volume of fresh water flowing into San Francisco Bay,” said Jon Rosenfield, Ph.D., senior scientist for San Francisco Baykeeper and a recognized expert on longfin smelt ecology. “The longfin smelt’s catastrophic decline is yet another sign that water diversions from the rivers that feed the bay are unsustainable. Protections for this endangered species have been denied for almost 30 years—now federal and state governments must act quickly to implement new safeguards for this unique species, as well as for the rest of San Francisco Bay’s native fish and wildlife.”

Longfin smelt were once one of the most abundant fishes in the San Francisco Bay estuary, which includes the Sacramento-San Joaquin River Delta. The fish are a key part of the food web, acting as a prey base that supports commercial and recreational fisheries and wildlife. But annual state surveys show that longfin smelt in San Francisco Bay have been at or near record low abundance almost every year since 2007, and the species is nearly undetectable in other Northern California estuaries.

“This is a hugely important species whose decline highlights the potential loss of the bay’s native fish and fisheries,” said Jeff Miller, a senior conservation advocate at the Center. “Wildlife officials have dawdled and refused to protect longfin smelt for a quarter century. Meanwhile, more and more water diversions suck the life out of Central Valley rivers and the delta to benefit corporate agribusiness and development.”

Poor management of Central Valley tributary rivers, including construction and operation of hundreds of dams and thousands of water diversions, has slashed annual freshwater flow into the Bay by 53 percent, and by more than 70 percent in the critical winter-spring period in some recent years. This massive overuse of limited freshwater resources—largely by industrial agribusiness—results in perpetual, man made, drought-like conditions for native fish, which degrades their habitat.

Extended climatic drought and water mismanagement have caused an unprecedented water crisis in California. A state plan to divert additional fresh water from the Delta would cause even more damage. In July the California Department of Water Resources released a revised environmental impact report for the Delta Conveyance Project. The new plan would add a water diversion in the lower Sacramento River and a tunnel to carry the water under the Delta for cities and agriculture south of the Delta.

This will increase the threat of extinction for many native fish species, including longfin smelt, delta smelt, winter-run Chinook salmon, spring-run Chinook salmon, Central Valley steelhead and green sturgeon. The announced price tag for the new tunnel is $16 billion, but in reality it will likely cost taxpayers up to $40 billion.

Conservation groups first petitioned for the longfin smelt (Spirinchus thaleichthys) to be protected under the Endangered Species Act in 1994, but the US Fish and Wildlife Service refused to conduct a status review for the species.

The Center for Biological Diversity is a national, nonprofit conservation organization with more than 1.7 million members and online activists dedicated to the protection of endangered species and wild places.

San Francisco Baykeeper is a non-profit organization with a 33-year record of successful actions to stop the biggest threats to San Francisco Bay and hold polluters and government agencies accountable.