San Francisco Baykeeper helped craft newly proposed state legislation that would change dredged mud from a waste product to a resource for restoring the Bay’s dwindling wetlands. Building up wetlands provides vital protection against the impacts of climate change in San Francisco Bay, including flooding and increased pollution.

Every year, the U.S. Army Corps of Engineers dredges millions of cubic yards of mud and other sediment from the floor of San Francisco Bay to keep navigation channels open for large ships. The dredged material is then hauled out of the Bay and dumped far out in the Pacific Ocean.

But dumping this clean mud, sand, and dredged sediment away from the Bay is a missed opportunity. Instead, it should be used to replenish wetlands inside the Bay. Wetlands and tidal marshes are natural buffers against floods and sea level rise. In addition, wetlands capture and store large quantities of carbon dioxide, the main cause of global warming, similar to tropical rainforests (known as carbon sequestration or the “carbon sink” effect).

Unfortunately, after 150 years of intense development, only a small fraction of the Bay Area’s original wetlands remain intact. Sediment is critical if we hope to protect the Bay from climate change by maintaining our existing wetlands and restoring former wetlands.

This is why San Francisco Baykeeper is supporting a new state bill, AB 388, that allows California’s Greenhouse Gas Reduction Fund to be used for wetland restoration. These funds from the state’s greenhouse gas cap-and-trade program are currently used for climate change adaptation and other projects that reduce carbon dioxide and other greenhouse gas emissions in California.

If AB 388 becomes law, clean dredged sediment could be used to build up Bay wetlands and marshes, which would then capture and store more carbon dioxide, while also protecting the Bay Area from flooding, storm surges, and sea level rise. In addition to carbon sequestration, other benefits of wetland restoration include expanded habitat for wildlife and more natural filtering of pollutants from the Bay’s ecosystem.

In short, Bay sediment would become a resource instead of a waste product. By reusing mud for wetlands, we can reduce greenhouse gas emissions, prepare for climate change, and expand habitat for birds, fish, and plants—all while safely maintaining the Bay’s shipping channels.

Baykeeper is partnering with the California Coastkeeper Alliance and our fellow California Waterkeepers to support the passage of AB 388.

Baykeeper will continue to support this bill and other actions that increase the Bay Area’s resilience to climate change. 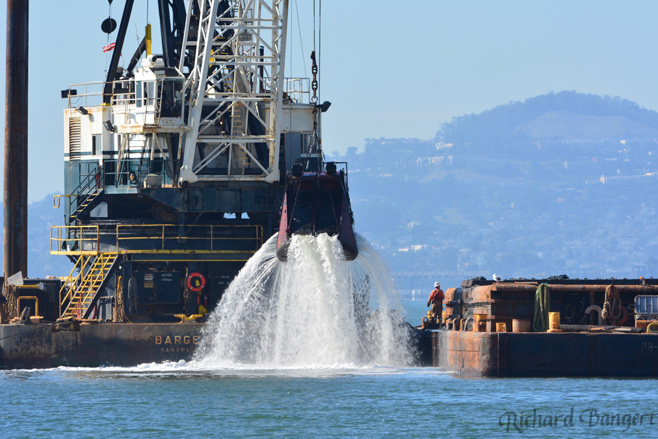