Sucking water from rivers leaves only a trickle for the Bay 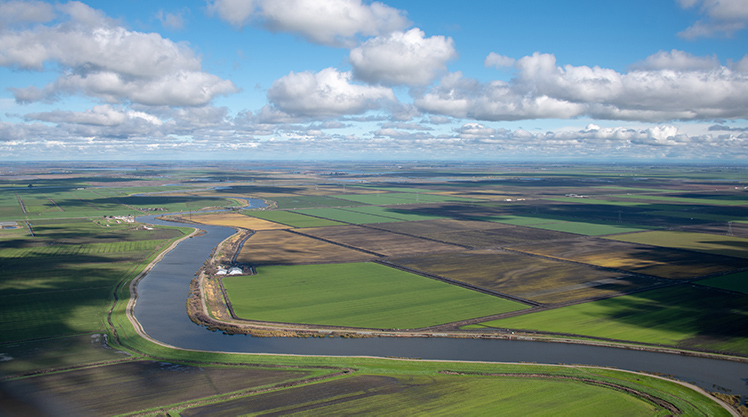 For decades, San Francisco Bay and the California Delta have been starved for fresh water. As cities and farms suck water from Sierra rivers, only a trickle of fresh water is left to flow unimpeded through the Delta to the Bay.

This practice is unsustainable—and has pushed the Bay-Delta estuary to the brink of collapse.

There have already been dramatic losses in native fish populations. For example, the number of Chinook salmon in the San Joaquin River Basin decreased by 85% between 1985 and 2017. And there are now so few Delta smelt that the most reliable fish surveys are having a hard time finding a single member of this once abundant species.

Baykeeper and our partners have been fighting for years for more fresh water to sustain the estuary. But we’re going up against a well-funded agricultural industry that has no incentive to conserve water, as well as cities like San Francisco, where public agencies refuse to reduce their water allotment to sustainable levels.

Earlier this year, the agency that regulates state water flows, the California Water Resources Control Board, set a new requirement. They said that 40% of natural flows in three key rivers during the winter and spring must flow unimpeded into the Delta.

Sadly, 40% isn’t nearly enough. The Water Board’s own analysis shows that a minimum of 60% of natural flows is needed to revive fish populations and help the ecosystem thrive. California’s rivers need more fresh water if the Bay and Delta are going to sustain native fish and wildlife.

So Baykeeper is suing for more water in California’s rivers and the Bay. Along with the Natural Resources Defense Council and The Bay Institute, Baykeeper challenged the Water Board’s plan, which ignores data that show how much fresh water is needed to protect the Bay-Delta ecosystem.

“The Water Board should base its decisions on sound science and the need to protect the public’s resources, not on rhetoric from wasteful municipal and corporate agricultural interests,” says Baykeeper Senior Scientist Jon Rosenfield. “Otherwise we risk irreversible damage to the Bay and Delta.”

Photo: The California Delta from above, by Robb Most, thanks to LightHawk Conservation Flying.