The Newby Island Resource Recovery Park is a landfill, compost, and material recovery facility located near the Bay shoreline. Through our investigations, Baykeeper found that the facility had been releasing excessive levels of pollutants—including selenium, iron, aluminum, nitrogen, and sediment—into Coyote Creek and Lower Penitencia Creek for years. Both of these creeks are tributaries of San Francisco Bay.

To partially offset the harm from its past polluting activities, the operators of the Newby Island landfill will provide funds to the Rose Foundation for Communities and the Environment, to support the work of other nonprofit projects that benefit San Francisco Bay.

This agreement is the 41st settlement in Baykeeper’s Bay-Safe Industry campaign, which targets the widespread illegal practice of releasing industrial pollution into San Francisco Bay. 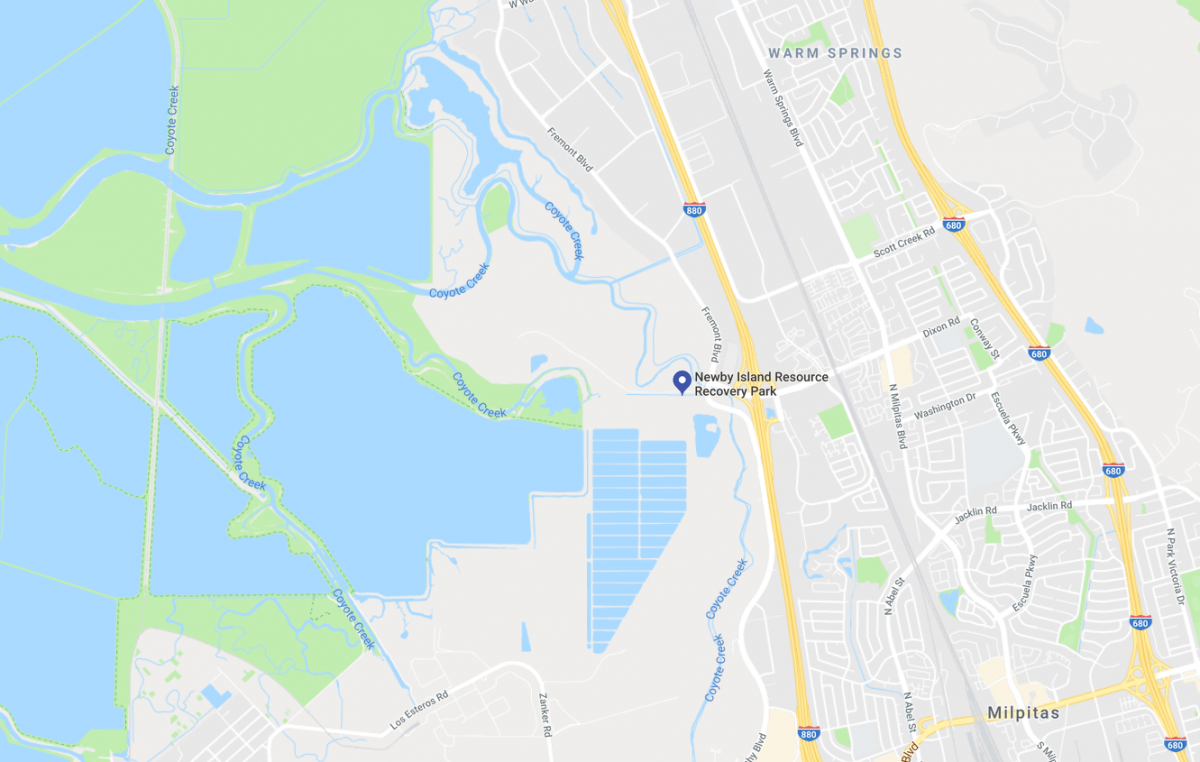 The Newby Island landfill facility is located near Coyote Creek and the Bay's shoreline.