Baykeeper has been advocating for state regulators to increase the amount of fresh water flowing into San Francisco Bay, to ensure a healthy ecosystem for the Bay and wildlife. Now there is new opposition from the federal government.

The US Department of Interior recently threatened to bring legal action if California regulators vote to increase river flows. (President Trump also falsely suggested on Twitter that increased freshwater flows have contributed to recent wildfires. They have not.)

California regulators are now considering how much water from the San Joaquin River will be diverted to cities and farms, and how much will be allowed to flow downstream to the Sacramento-San Joaquin Delta and San Francisco Bay. 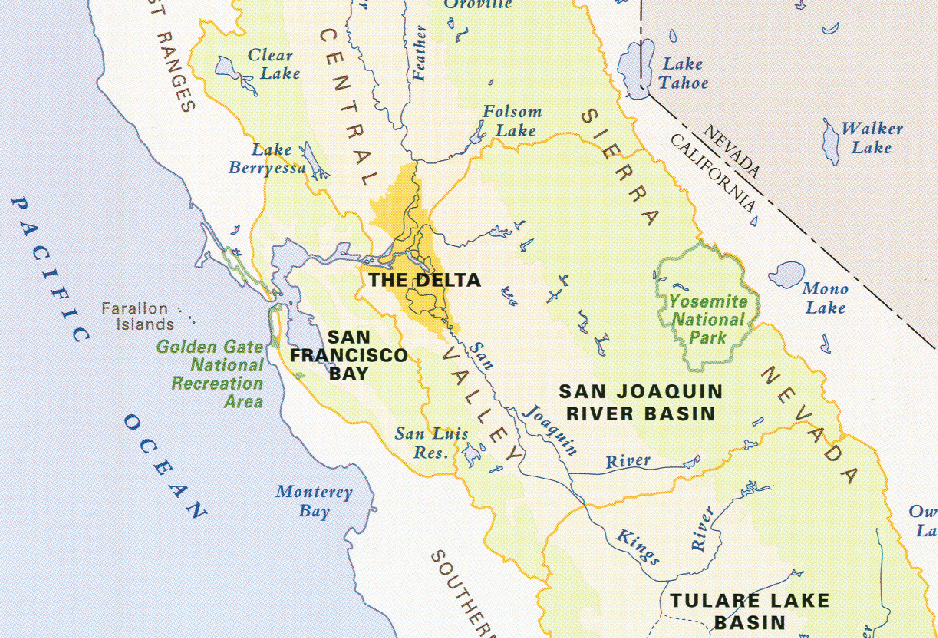 Currently, this is sometimes as low 5% of the natural river flow. The low fresh water level downstream is pushing fisheries and the Bay-Delta estuary ecosystem to the brink of collapse.

As a result, the California State Water Resources Control Board is considering a proposal to increase flows from the San Joaquin River to 40%. San Francisco Baykeeper supports increasing freshwater flows to the Bay and Delta.

We also support protecting the water supply for people and the environment through common-sense approaches. For example, fixing the state’s leaking pipes alone would increase California’s water supply by 10%.

Other measures, like rainwater harvesting and water recycling, could expand the urban water supply so that natural river flows could instead be used to help fish recover and other wildlife survive in the Bay-Delta ecosystem.

The overwhelming majority of Bay Area residents have shown support for smart water use to benefit San Francisco Bay and its diverse wildlife. California regulators should do what’s best for California’s waterways.

Trump Approves Extinction Plan for California Fish
Ding, Dong the Wicked “Fix” is Dead
Sucking water from rivers leaves only a trickle for the Bay
Fish out of water: Debunking myths in the Bay-Delta water debate
New report: Delta water supply impacted by human use protections and capacity significantly more than endangered fishes
No Water, No Fish: The Fight for Fresh Water Flows