Dry docks are large three-walled structures where big ships pull in and are lifted entirely out of water for maintenance, such as removing old hull paint and repainting. If not contained properly, maintenance activities within the dry docks can result in heavy metals and other toxic substances contaminating the Bay and the sediment on the Bay floor.

These three shipyards service large vessels like cruise liners and oil tankers. If the vessels are serviced without pollution controls, toxic contamination can wash and blow into the Bay. Small toxic particulates—from paint chips, for example, which contain heavy metals—can accumulate in the Bay’s sand and mud, and build up over time. All three dry docks have a history of releasing contamination into the Bay.

In 2012, Baykeeper brought an enforcement action against BAE for polluting San Francisco Bay.  Our pollution patrol boat discovered a red plume coming directly off the site into the Bay that ended up being lead-laden paint.  When our legal team investigated further, we documented years of heavy metal pollution.  We continue to monitor that facility, which has been in the news lately due to a complex change of ownership, to ensure the new operator complies with requirements to control pollution.

The Regional Board’s initial draft of the renewed permit required the dry docks to monitor for impacts to sediment quality, but failed to require facilities to conduct adequate testing necessary for this type of analysis. The first draft also did not require the shipyards to monitor for the full suite of the toxic metals that are contained in vessel paint.  And the draft did not require the dry docks to implement measures to reduce pollution in contaminated rain water flowing off the facilities’ property and into the Bay, as is typically required of land-based industrial facilities near waterways.

Baykeeper’s science and legal team stepped in to ask the Regional Board to strengthen the requirements. As a result, the Board agreed to revise the renewed permit. The revised permit requires the Bay’s dry docks to do more to monitor for toxic pollution and to keep contaminated runoff from entering the Bay.

Dry docks have another role to play in helping rein in Bay pollution. Baykeeper is currently working to have the deteriorating, toxic ships of the “Ghost Fleet” removed from Suisun Bay, a northern area of San Francisco Bay. The remaining two vessels making up the Ghost Fleet, out of the original 57, will be prepared for departure at the Mare Island Dry Dock.  With the stronger dry dock permit provisions, the facility will be required to take extra steps to ensure these two remaining Ghost Fleet vessels do not further contaminate the Bay during these preparation activities later this summer.

Baykeeper will continue to push for robust pollution controls to prevent toxins from entering the Bay’s water and soil—one of the many ways that Baykeeper keeps San Francisco Bay healthy for people and wildlife. 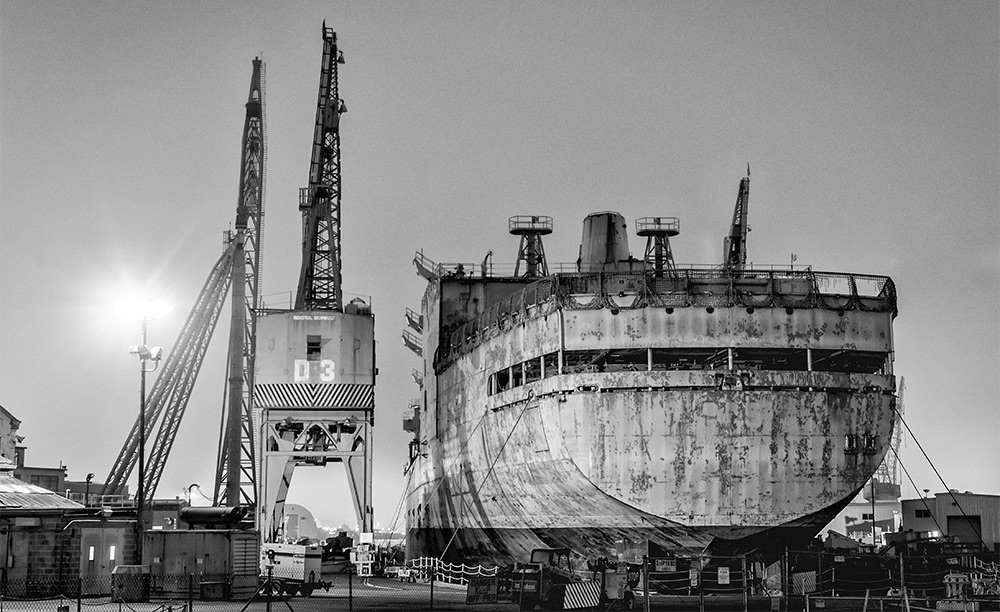