Salmon hatch in rivers and migrate to the ocean at a young age. They mature there and return to the river where they hatched to spawn—leaving the eggs of a new generation. The Bay once teemed with salmon from the two main river systems, the San Joaquin and the Sacramento, that flow into the Delta and then to the Bay. A local fishing industry thrived.

But over the past century, water has been increasingly diverted from the river systems to irrigate farms and supply cities. Salmon are rarely able to spawn in those rivers and have become scarce. Another fish, the Delta smelt, which has long been a scientific indicator of the health of the Bay-Delta ecosystem, is on the brink of extinction.

Salmon and smelt are the most visible examples of a collapsing ecosystem. The Bay’s mixture of fresh river water and salty ocean tides has created a uniquely diverse ecosystem that has sustained a variety of fish, birds, seals and other creatures. But it’s all under threat.

The Bay and Delta are thirsty. They need more fresh river water. And this month, regulators are taking an important step that may make a difference. The State Water Resources Control Board is expected to adopt a plan that could increase the fresh water flowing into the Bay from the San Joaquin River, and reduce the amount diverted to cities and farms.

The plan uses a percentage of naturally occurring flows as a baseline for how much water needs to remain in the rivers. That’s scientifically valid and a good first step. The plan calls for 40% of the natural flow from three San Joaquin tributaries to reach the Delta. This is an improvement over some recent years, when the amount of water diverted to cities and farms was as high as 95%, with only 5% reaching the Delta and Bay.

But 40% is not enough to help fish populations rebound and keep the river, Delta, and Bay ecosystems healthy. So Baykeeper and our partner environmental groups are advocating that the regulators take the next step, and provide what scientific experts say the Bay and Delta actually need: to restore 50-60% of the entire San Joaquin River basin’s natural winter-spring runoff, not just runoff from the three tributary rivers.

Increases at this level would require new limits on water diverted to Bay Area cities, including San Francisco. But that’s not as dire as it sounds. Existing water storage was more than enough to get us through the last drought, with years of water in reserve. And our region’s cities are already beginning to tap new, sustainable water supplies. We’re making more use of recycled water, and there’s lots more potential there. We can also capture more rain that falls here, store it, and use it during the dry season. Other California cities should use these methods to better balance the needs of fisheries, wildlife and people. Our state can also incentivize farmers to use more efficient irrigation systems and grow crops that require less water.

Individuals can help, too – by making water conservation our way of life. The overwhelming majority of Bay Area residents have shown we’re willing and able to conserve water to benefit our beloved Bay and its diverse wildlife. We’ve also shown we can conserve and still maintain a healthy economy. A thriving San Francisco Bay-Delta ecosystem is an achievable goal—and that’s what Baykeeper will continue to fight for. 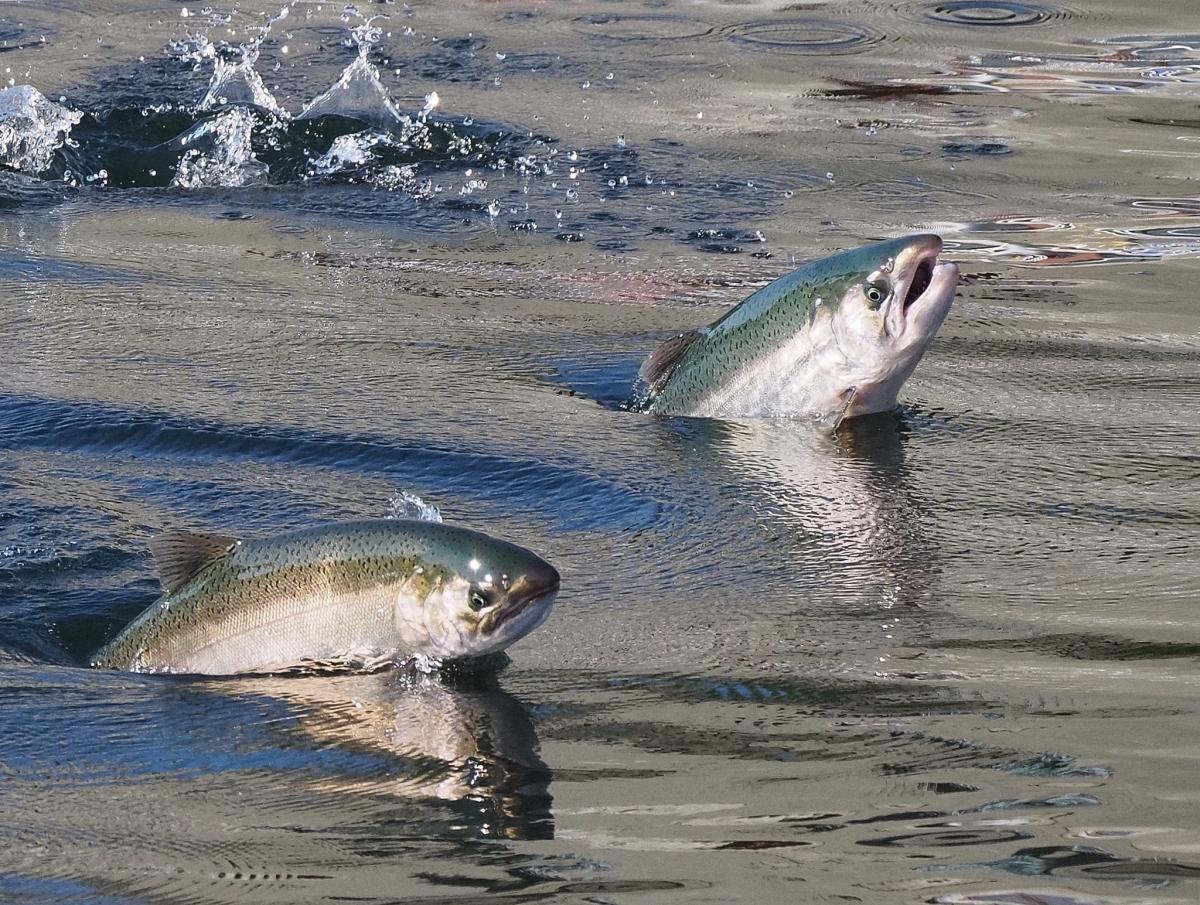 If more fresh river water is allowed to flow naturally into the Delta and San Francisco Bay, it could become common once again to see salmon leaping in the waters.