Science Leads the Way to a Healthy Bay 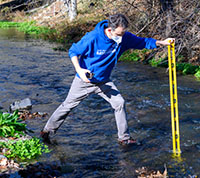 When Jon Rosenfield started at Baykeeper in 2019, he already had a long history of protecting the Bay. He was practically destined to join our team. 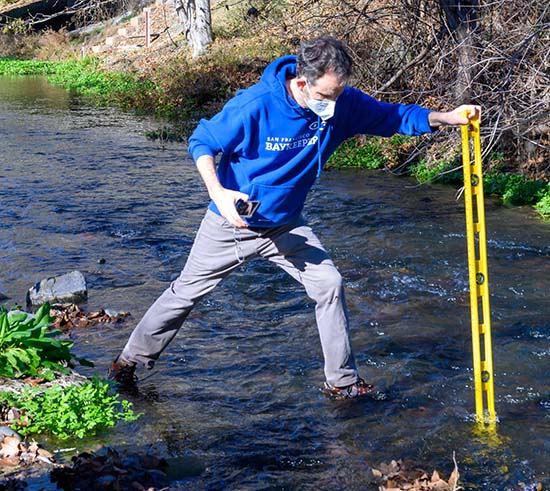 But what really captured Jon’s interest was the Bay’s unique wildlife. In particular, he was fascinated by how the Bay’s salmon and smelt adapted to survive in a harsh environment. He drafted petitions to list several of the Bay’s native fishes as endangered species, including the longfin smelt.

In order to protect these fish and the Bay even better, Jon decided to go back to school. He earned a PhD from the University of New Mexico, studying the tiny but hardy Pecos pupfish. But he had not forgotten about the Bay’s salmon and smelt.

Jon returned to the Bay Area as lead scientist for our partners at The Bay Institute. There he worked to protect the Bay’s watershed, and renewed his efforts to list the longfin smelt as an endangered species.

When Baykeeper expanded our science team, Jon joined us to lead the program. He advocates for water use policies that make sure enough fresh water flows into the Bay to support fish and people who depend on the Bay for their livelihoods.

Not surprisingly, longfin smelt would play a starring role. Inspired by Jon’s research, which identified the link between smelt populations and the amount of fresh water entering the Bay, Baykeeper’s attorneys sued the Biden administration to finally list the longfin smelt as endangered. Listing would require government agencies to consider the smelt’s needs when they develop water use plans—and that will likely mean increasing river flow into the Bay, which will benefit the entire ecosystem.

Also, in this very dry year, Jon has been advocating for both state and federal agencies to reserve enough cool water in reservoirs to release slowly into Bay tributaries so the winter-run Chinook salmon can breed and not get cooked to death by overheated water. Unfortunately, because of California’s misguided water policies, most of the cool water is still going to unsustainable industrial agriculture. It looks as though almost all of this season’s salmon will perish, but Baykeeper is determined to use science and the law to find solutions for future generations of this iconic fish.

“These Bay’s native fishes are trying to tell us that we’re not using our resources sustainably,” Jon observed. “If we don’t tune in to that message soon, these species that have survived in California for millennia may not survive us.”

Photo of Jon by Robb Most