In spite of the existential threat posed by climate change, the fossil fuel industry continues to push relentlessly for expansions—more oil, more coal, more dirty emissions. And the Bay Area is no exception.

The oil company Phillips 66 recently received approval to process more crude oil at its refinery in Rodeo, which lies along the Bay shoreline. Phillips 66 is also pushing to more than double its oil tanker fleet carrying heavy crude over the Bay for export.

This would mean more carbon-dense oil reaching the Asian market via the Bay. More oil tanker traffic would pose a local threat in the form of a heightened risk of an oil spill.

Coal is increasing, too. In Richmond, the Levin Terminal has increased its shipments to over 1 million tons of coal per year. And in Oakland, a developer is pushing for a new massive coal export facility, despite strong local opposition.

These fossil fuel expansions would contribute to increased greenhouse gas emissions and raise the risk of pollution in the Bay.

"Oil and coal companies are attempting to expand dirty operations all around the Bay," says Baykeeper Executive Director Sejal Choksi-Chugh. "That’s a huge risk for the Bay and counterproductive for climate change mitigation efforts."

San Francisco Baykeeper is taking legal action and partnering with community and health organizations to put the brakes on fossil fuel expansion around the Bay.

We’re also joining the more than 600 groups across the United States calling on Congress to take strong action on climate at the national level. 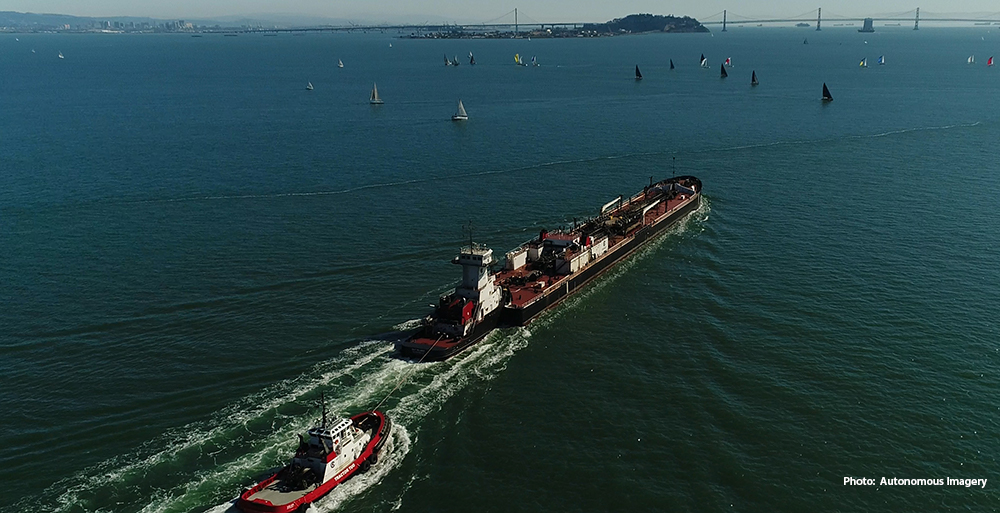 Pictured above: an oil tanker traveling across San Francisco Bay. Image by our partners Autonomous Imagery

A human-made island, at sea level, surrounded by San Francisco Bay, Alameda faces an unusually high risk from sea level rise. In the coming decades, sea levels around the Bay will rise by at least 2...
February 18, 2022

At Baykeeper, we want the dirty fossil fuel industry to transition to producing cleaner types of energy. But just what does that mean? With the industry spin doctors spreading so many mistruths, it...
January 12, 2022
Join us to hold polluters accountable and defend the Bay DONATE NOW >