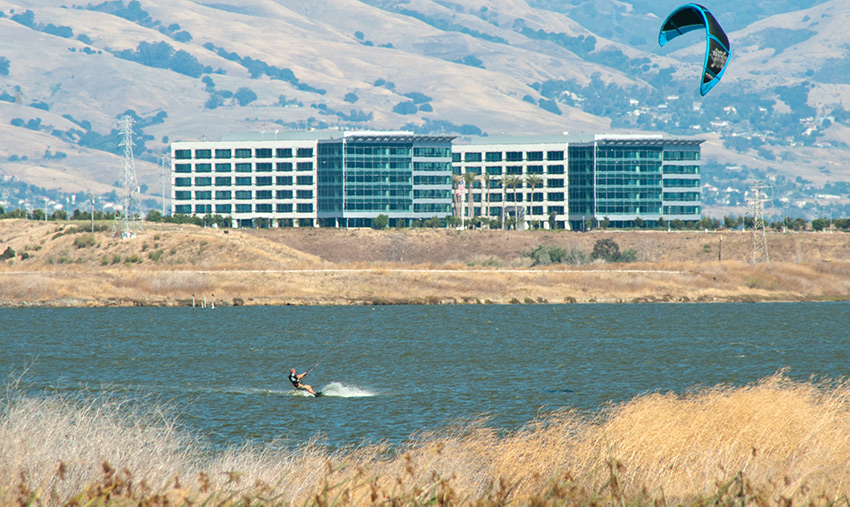 Baykeeper’s field team has been busy investigating the causes of pollution to South Bay creeks and rivers that feed into San Francisco Bay. During the last few rainy seasons, our scientists spent many weeks scrambling down hillsides and wading into mud to collect water samples from storm drain outfalls.

We got surprising results. The water samples from the cities of Sunnyvale and Mountain View contained bacteria pollution at levels 50 times higher than the legal limits. The samples revealed especially dangerous levels of E. Coli from raw sewage.

We believe aging water infrastructure and inadequate pollution controls are the cause.

Many of the two cities' older clay sewer pipes are cracked and probably leaking raw sewage into the stormwater pipes. The cities also have inadequate urban pollution controls, so that contaminants flow freely from streets into storm drains.

And sadly, wildlife is on the receiving end of Sunnyvale and Mountain View's polluted runoff. Stevens Creek, for instance, is one of the last remaining viable fish habitats for the threatened Central California Coast Steelhead. Birds exposed to the pollution in the impacted areas include the California clapper rail, the western burrowing owl, and the western snowy plover.

City residents also face harm. Parks and trails, including the Bay Trail, near the polluted waterways are popular destinations—despite the fact that these beautiful neighborhood creeks may have toxic water that's unsafe for human contact.

So this week, Baykeeper filed lawsuits under the Clean Water Act. We're working to ensure Sunnyvale and Mountain View control this harmful pollution.

Fortunately, both cities have indicated a commitment to solving the problem.

"Mountain View and Sunnyvale clearly want to do the right thing for the Bay and their residents," says Baykeeper Executive Director Sejal Choksi-Chugh. "We're collaborating with them now on a plan for stopping the flow of pollution to creeks and the Bay."

Stemming the flow of toxic pollution from Sunnyvale and Mountain View will reap benefits beyond just these two cities for people and wildlife in every corner of the Bay.

Photo of a kite surfer near the Yahoo campus in Sunnyvale by Meggle, Flickr/CC

Calling out Caltrans for Trashing the Bay
San Jose: Vote Yes on Measure T to Keep Pollution out of the Bay
Victory to Keep Trash and Sewage out of San Francisco Bay!
City of San José and Baykeeper Reach Agreement to Reduce Pollution in SF Bay
Baykeeper Challenges Weakened Rules on Trash in the Bay
Winter Tips for a Healthy Bay