Protections for the Bay and Clean Water Are Under Attack

The federal administration’s attack on environmental protections continued this month with potential cuts to water quality programs in San Francisco Bay, plus a nationwide rollback of clean water safeguards.

The administration’s proposed budget calls for a 31% cut in funding for the Environmental Protection Agency (EPA), which would slash staff and programming across the country.

In the draft budget released earlier this month, one local project slated for elimination is the San Francisco Bay Water Quality Improvement Fund. This $4.8 million fund was created to restore the Bay’s tidal marshes and wetlands that provide critical buffers against flooding, pollution, and sea level rise.

In addition, President Trump recently issued an Executive Order to “eliminate unnecessary federal agencies” which may include EPA and the National Oceanic and Atmospheric Administration (NOAA). These agencies are critical to protecting San Francisco Bay waters, and studying and stopping the acceleration of climate change.

Yet another recent Executive Order “rescinds or revises” the Waters of the United States Rule, also known simply as the Clean Water Rule. Before the Clean Water Rule came into effect in 2015, some smaller tributary waters that were hydrologically connected to larger rivers, lakes, and bays fell into a gray area of environmental protection. The Clean Water Rule expanded clean water protections for these smaller streams and also for wetlands, which were previously unprotected. The rule was adopted to help keep pollution away from delicate habitat and fisheries, and out of drinking water. It also provided benefits to recreational areas and farmlands downstream. Now, the administration has undone it at the request of industry lobbyists.

To further exacerbate these rollbacks, 60 Congressional Republicans have sponsored a bill, HR 1179, to hinder the ability of citizens to enforce clean water protections. Without the public’s mechanism to stop contamination of our nation’s waters, and without a robust EPA, corporate and industrial polluters will have free reign to pollute.

The administration’s actions could have sweeping impacts on San Francisco Bay. But while the administration is determined to weaken environmental safeguards, many of its plans are just that: plans. There are still opportunities to reverse harmful proposals.

Baykeeper is fighting for federal clean water protections, along with over 160 local Waterkeeper groups nationwide through the Waterkeeper Alliance, which is watchdogging DC politics, mobilizing local resistance, and filing litigation to challenge these policies.

What’s more, California has a powerful bulwark of state environmental protections. We are defending the Bay under our state’s environmental laws and working hard to make those protections even stronger, including through legislation to fight fossil fuel pollution (SB709), strengthen protections against sea level rise (AB388), and improve the state’s clean water act (SB49). And we have the legal know-how to fight for the right to clean water and a healthy Bay.

And in Baykeeper’s 25+ years of stopping pollution in San Francisco Bay, we have developed close partnerships at the local level with researchers, advocacy groups, regulatory agencies, and community activists. We are working with a broad coalition to ensure protections stay strong and promote innovative ways to prepare the Bay Area for sea level rise.

With your support, we can stave off threats from Washington DC and continue to strengthen the policies that protect our home, San Francisco Bay. 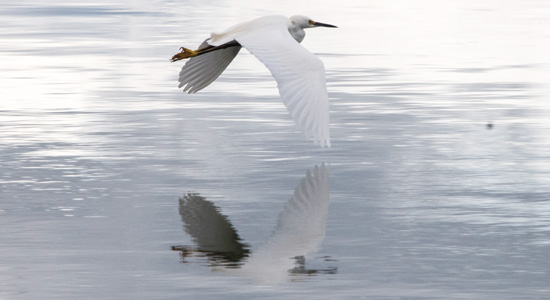