A Healthy Bay for Bat Rays 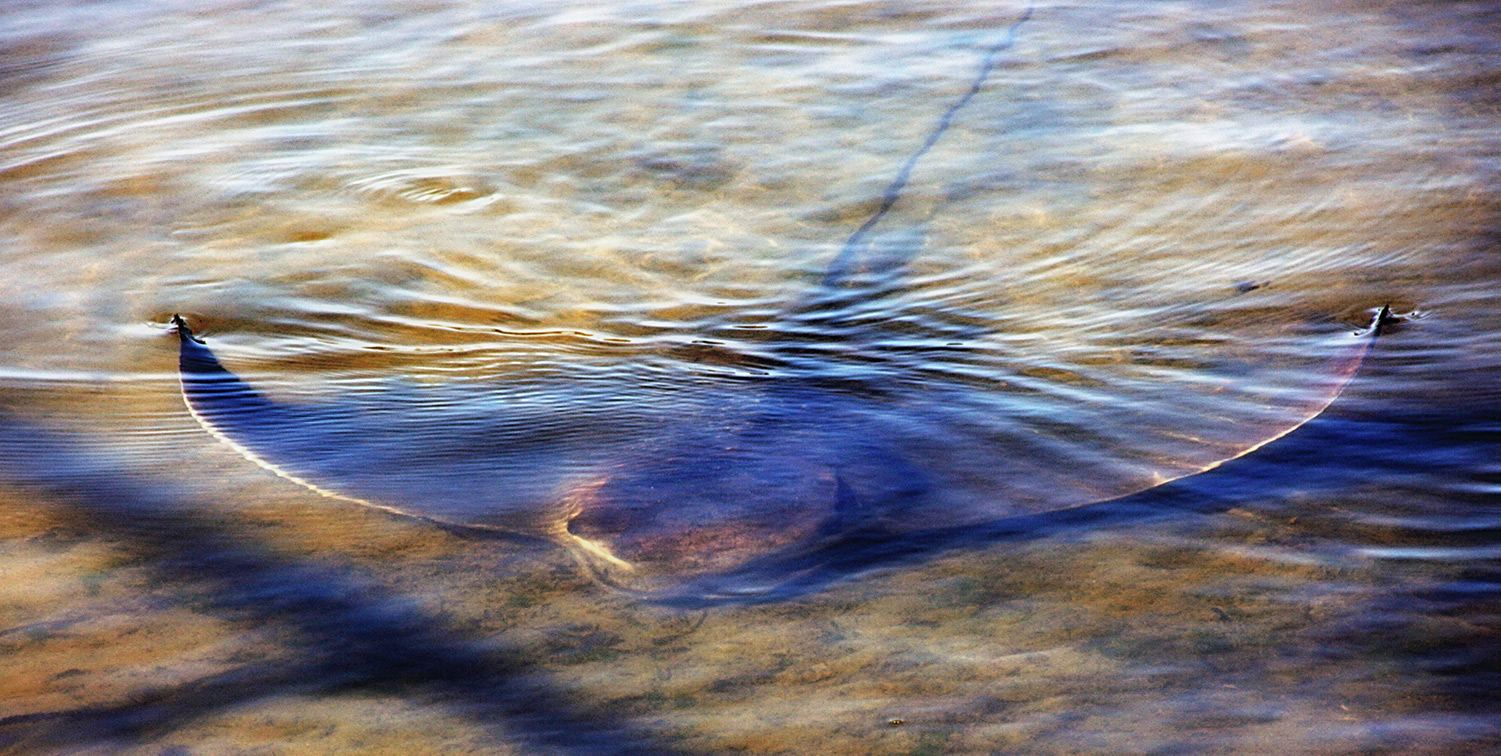 Do you know what Bay animal resembles both an eagle and a trash compactor?

Bat rays are best known for their wide, bat-like “wings” (actually pectoral fins) that make them elegant swimmers. They’re a kind of eagle ray, and they’ll sometimes even pop up to the water’s surface to coast in the air.

And instead of teeth, bat rays have two fused grinding plates for crushing rigid prey, sort of like a trash compactor. They hunt worms, clams, crabs, fish, and whatever else they find in the sand and mud of San Francisco Bay’s floor.

Bat rays can reach a wingspan of 6 feet. They are common in San Francisco Bay and throughout the Pacific Ocean. They raise their pups in warm, shallow waters.

In the Bay Area you’re most likely to spot bat rays in any area with a mudflat, from San Francisco to the South Bay.

Like all of the Bay’s creatures, bat rays are vulnerable to changes in their environment. Last spring, Baykeeper Field Investigator Sienna Courter spotted a disoriented bat ray near Redwood City with the telltale signs of a brain pathogen that had also been affecting local leopard sharks.

Scientists estimate that the pathogen killed at least 1,000 leopard sharks and several hundred rays in the Bay last year. The source is still unknown, but scientists suspect that contaminated storm water runoff plus low salinity levels following heavy rains made the animals vulnerable to disease.

“This is why Baykeeper works to prevent storm water pollution,” Sienna points out. “When it rains less frequently—as has been the case in California in recent years—contamination builds up during the dry months. Then, when it does rain, pollution flushes into the Bay in toxic pulses.”

Baykeeper targets pollution at the source so it doesn’t end up in the Bay—for the health of bat rays, as well as sharks, whales, and thousands of other aquatic creatures.

Photo of a bat ray in the Berkley marina by TJ Gehling, Flickr/CC

Sturgeon: Quiet Giants of the Bay

Compared to some of our wild neighbors around the Bay Area, we’re all newbies to California. Sturgeon have swum in our local waters for more than 2 million years. These giant fish can grow even...
February 1, 2018

Mystery Shark Deaths in the Bay

For more than three months, hundreds of dead leopard sharks have been washing up on San Francisco Bay’s shoreline. Shark experts investigating the mysterious deaths have made progress, but they haven...
July 6, 2017

Mystery Shark Deaths in the Bay

For more than three months, hundreds of dead leopard sharks have been washing up on San Francisco Bay’s shoreline. Shark experts investigating the mysterious deaths have made progress, but they haven...
June 21, 2017
Join us to hold polluters accountable and defend the Bay DONATE NOW >