Is There Sewage Pollution in the Bay? 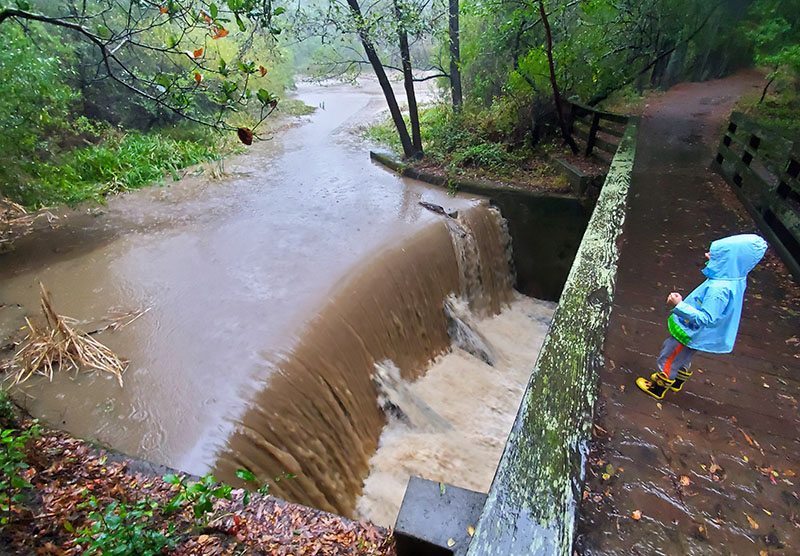 Baykeeper often gets asked whether it’s safe to swim in the Bay—and the answer is usually an emphatic “yes”! We encourage everyone to swim, paddle, wade, boat, and appreciate our beautiful Bay to their heart’s content.

But there’s an important exception to keep in mind. Swimmers—and anyone else who may come into contact with the water—should avoid the Bay for at least 48 hours after a rain storm. The heavier the rainfall, the longer you should wait to get into the water.

Why Does Rain Make the Bay More Polluted?

At this very moment, probably not too far below your feet, lie two complex sets of pipes. One system directs stormwater runoff from storm drains on city streets to the Bay, typically without any treatment (San Francisco is the exception, though some of its stormwater flows into the Bay untreated). The second system shuttles the water flushed down sinks, toilets, and showers to one of 40 treatment facilities across the Bay Area, which remove harmful bacteria and pollutants and then discharge the treated wastewater into the Bay.

At least, that’s how the systems are supposed to work. 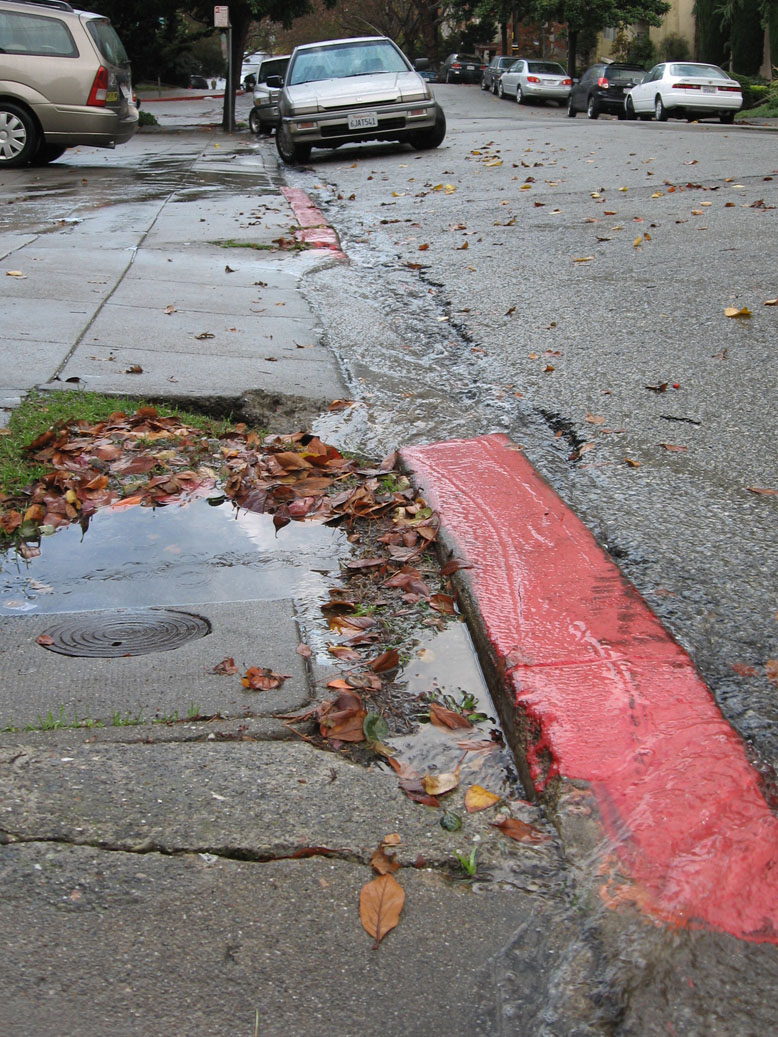 Most of the Bay Area’s sewage and stormwater infrastructure is in need of repair; some is over a century old! When a rain storm hits, cracked sewage pipes often allow rain water in, causing them to back up and overflow with sewage. Wastewater agencies, in an effort to prevent their system from flooding—which would compromise treatment efficacy—often have no choice but to release under-treated or raw sewage into creeks, rivers, and the Bay.

Meanwhile, rains wash the trash and pollution that’s accumulated in industrial areas and city streets into the Bay via storm drains, usually without treatment.

As a result, when it rains, the Bay receives toxic pulses of bacteria, urban contaminants, and trash. The first rains of the season (called the “first flush”), which pick up all the contamination that’s accumulated during the dry season, create particularly polluted conditions in the Bay.

It takes days for these pollutants to dilute and disperse out to sea, even after a light rain. People need to stay out of the water in the days following rain to be sure they’re not coming into contact with harmful bacteria and pathogens that can cause severe illness and infections.

How Do I Know When the Bay Is Safe?

The first place to check for updates about water quality in the Bay is your local wastewater utility, which often reports major spills and sampling results. For example, in San Francisco, SFPUC offers a comprehensive public tool that reports the most recent water quality as well as when the sample was collected. Another handy resource is The Swim Guide and the East Bay Regional Park District’s water quality page.

For any resource, take note of the date of sampling results to make sure you aren’t relying on old data (agencies don’t sample regularly in all locations and sometimes websites are out of date).

What Is Baykeeper Doing to Fix the Problem?

We’re monitoring sewer agencies to make sure they follow through on their commitments and that the upgrades they put in place actually result in cleaner, safer Bay waters. Many of the sewer system upgrades Baykeeper has won are still in progress, but some are already operational. In some areas, sewage spills are down by 50-75 percent. But there’s still a lot of work to be done.

We also use the Clean Water Act to stop stormwater pollution—the single largest source of pollution in the Bay—from cities and industrial polluters. Over the past ten years, we’ve gotten nearly 50 companies to clean up their facilities and stem the toxic tide of runoff into the Bay. Plus, we’ve gotten San Jose, the largest city in the Bay Area, to undertake a massive overhaul of its stormwater system. Their changes include significant investments in green infrastructure, which utilizes natural elements to filter out pollutants from urban runoff. We hope San Jose will become a model for other cities in the years to come.

But there is still a lot to be done. Climate change threatens to make extreme swings of weather between long dry spells and heavy downpours more common. This combination will increase the risk of sewage spills and concentrated toxic pulses of stormwater runoff in the Bay in the coming decades.

What Can I Do to Help?

Photos: Girl in the rain by Daniel Parks (Flickr/CC)