What's Better for the Bay: Wetlands or Private Resort? 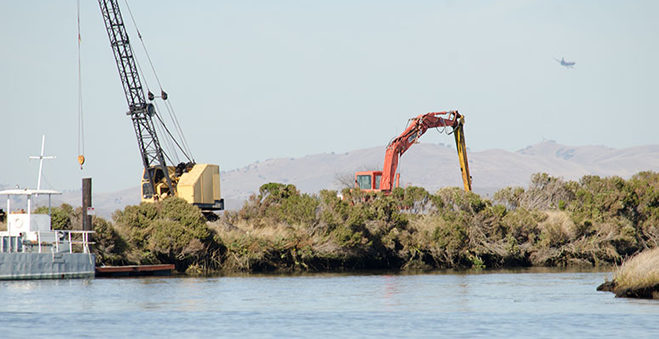 After the owner of Point Buckler Island filled its wetlands and tidal marshes without proper permits, authorities ordered him to restore the island’s important wetland ecosystem. They also levied a fine of $4.6 million for damage to the 39-acre island, which is located in Suisun Bay, a major inlet of San Francisco Bay at the gateway to the Sacramento-San Joaquin Delta.

The island’s landowner went to the media and attempted to downplay the harm his actions have caused. He painted the penalties as an example of government regulators run amok.

In fact, the San Francisco Bay Regional Water Quality Control Board, the agency tasked by the state legislature and voters with protecting our waterways, has simply enforced the law. State and federal regulations prohibit filling and draining Bay and Delta wetlands without a permit. Filling and draining can harm or ruin these fragile ecosystems.

Wetlands provide critical economic and environmental benefits. They provide habitat for birds and other species, filter pollutants and buffer our communities from sea level rise and storm surges.

Yet in pursuit of creating a high-end club, Point Buckler Island’s owner constructed dikes around the island, dumped excavated soil on the island’s wetlands, created ponds, built roads and helicopter pads, and installed shipping containers and trailers. As a result, once-thriving wetlands are now weed-choked land or bare dirt, strewn with litter. The habitat is no longer available to the wildlife of Suisun Bay, including young Chinook salmon and the Suisun song sparrow.

Decades ago, Point Buckler Island was part of a complex of duck hunting clubs constructed with levees in Suisun Bay. But the island’s levees fell into disrepair. Historic photos show that by the early 1990s, the site had fully returned to tidal marsh. Any modification of tidal marsh requires extensive planning and mitigation to ensure wetlands and critical wildlife habitat are not lost. None of that has been done at Point Buckler.

San Francisco Bay and the Delta face tremendous ecological pressure from climate change. Recognizing this, in June Bay Area voters passed Measure AA, a parcel tax that will raise $500 million to restore wetlands around the Bay. Taxpayers have invested hundreds of millions of dollars, and will invest even more in the future, to restore tidal marsh and ensure a more resilient Bay and Delta. Destroying the much-needed wetlands that already exist undermines these investments and the health of the Bay.

Baykeeper supports the Regional Water Board’s efforts to enforce the law at Point Buckler Island and protect the San Francisco Bay-Delta ecosystem. We’ll be at the board’s hearing about Point Buckler this month, standing up for the Bay’s wetlands. 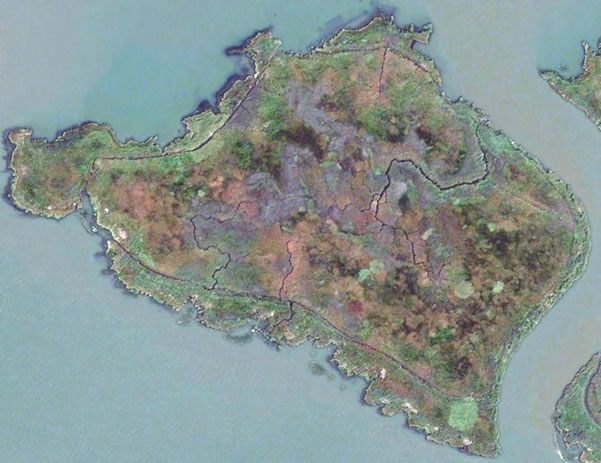 Aerial view of 39-acre Point Buckler Island in 2011. 37 acres were assessed as tidal marsh; 1 acre as “tidal channels and ditch”; and .5 acres as lowland terrestrial, in a recent expert report. Soon after this photo was taken, excavation and drainage of the island began. 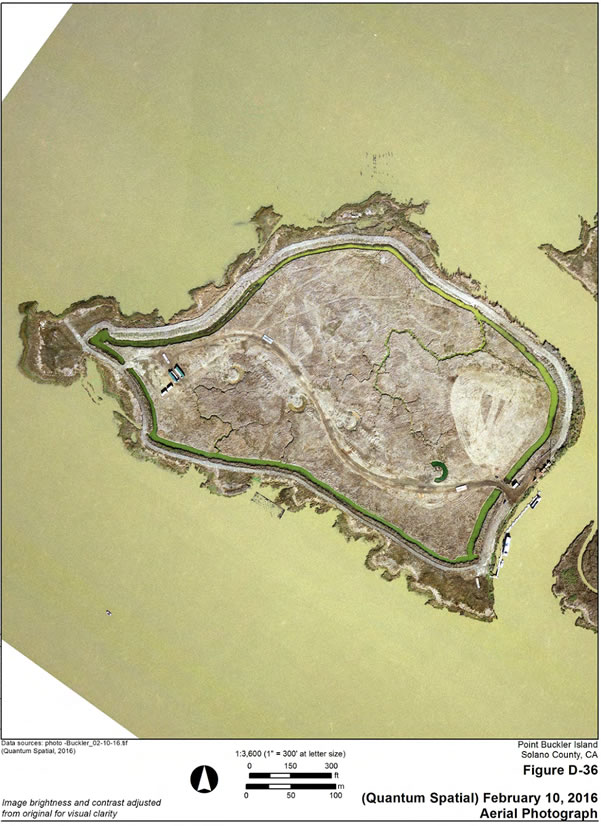 Construction of the drainage ditch was complete, interior wetland vegetation appears dead, artificial ponds and roads had been constructed, and vegetation had been mowed.