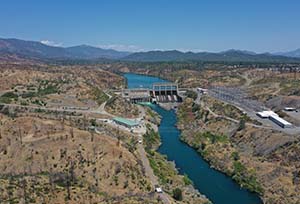 Because of the drought, Governor Newsom asked Californians to conserve water. Yet, during drought, the state’s almond, walnut, and pistachio orchards suck up more water than all of us combined.

It would be laughable, except that I’m crying. These industrial nut farms—more than 2 million acres of them—are getting enough water during the drought to produce a near-record crop, mostly for export. Meanwhile, to grow these nuts, we divert way too much fresh water flowing from our rivers and Delta. As a result, six fish species in San Francisco Bay are nearing extinction, the Delta is being choked with toxic algae, and communities are being deprived of clean drinking water.

It's nuts not to prepare for drought in California. Our state has dry years—often extremely dry—and with climate change, things will only get worse. We expect our elected leaders to know that, and to take the measures necessary to protect the people and wildlife of California instead of propping up unsustainable agribusiness. That's why it's so frustrating when governor after governor ignores the historic realities of California's climate and the ongoing decline in the water quality of our rivers and Bay—and Governor Newsom doesn't get a free pass just because he survived a recall.

It’s time to speak truth to power. Watch our new video, below, to find out more—made in partnership with NRDC. And then sign the petition urging the Governor to face reality.