Fighting to Prevent Coal Pollution in the Bay - Again

Like a creature from a horror movie that keeps coming back from the dead, the threat of coal pollution is menacing San Francisco Bay again. And it could be coming to a neighborhood near you.

This month, a trial is set to determine if a developer can overturn the City of Oakland’s recent ban on coal transport and storage in Oakland. Baykeeper is standing up in court beside Oakland city leaders to defend the ban—because it’s the key to keeping coal pollution out of San Francisco Bay and our local neighborhoods.

The developer is suing Oakland with the goal of reviving his once-rejected plan to export up to nine million tons of Utah coal each year, from a bulk shipping terminal to be built on the Oakland shoreline. The coal would arrive in long freight trains, shedding dust along tracks that run near the Bay and through cities that include Berkeley, Emeryville, Richmond and West Oakland. 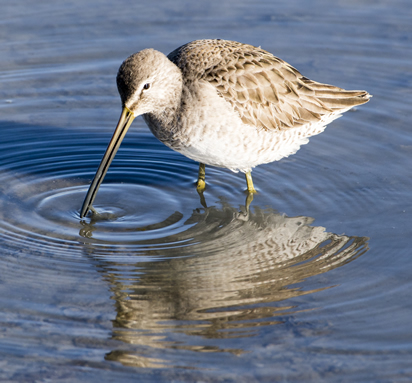 According to rail industry calculations, each open coal car loses between 500 and 2,000 pounds of dust and coal during transport. The developer claims that the coal will be shipped in enclosed train cars to prevent dust escaping. But the technology to safely ship coal in covered cars hasn’t been shown to work anywhere. Coal in enclosed cars can explode, and coal explosions have caused injuries and deaths.

Coal could also be blown into San Francisco Bay during the process of loading it onto ships. If the export facility were completely enclosed to prevent this—as the developer has unconvincingly claimed—the facility, too, would be at risk for explosions that could cause worker injuries.

Coal contains arsenic, lead, mercury, chromium and other harmful heavy metals. Shellfish and small bottom-dwelling creatures would ingest coal dust blowing into the Bay. Coal toxins would then rise up the food chain, from fish that eat the small creatures, to affect seals and birds that eat the fish. People who fish in the Bay could also be harmed.

In addition to polluting the Bay, coal dust would blow into neighborhoods near railroad tracks. Research links coal dust to asthma—which is already a problem in overburdened West Oakland—as well as bronchitis, pneumonia, emphysema and heart disease.

Documents submitted to the court show a clear pattern of deception on the developer’s part. For example, the developer publicly denied that the terminal would be used for coal shipping before the agreements were signed. But emails from that time show he was privately discussing plans to export coal with potential business partners.

The Oakland City Council’s coal ban, passed in 2016, was a big win for local communities. An outpouring of support came from Baykeeper and more than 80 local organizations, small business owners and elected officials, plus 12,000 signers of a Sierra Club petition. Opposition to the ban was much smaller, and recent documents disclosed that some of the opponents came from so-called “community organizations” paid to testify at public hearings by the company slated to run the future terminal.

Instead of accepting Oakland’s decision to protect public health, which was made with strong public support, the developer filed a lawsuit, claiming that his U.S. Constitutional rights were being violated. Baykeeper is now in court, defending the Bay and local neighborhoods from coal pollution—and we’ll keep fighting as long as coal remains a threat.