Selenium first gained notoriety in the 1980s at the former Kesterson National Wildlife Refuge in San Joaquin Valley, when whole populations of fish and migratory birds were born deformed and dying in catastrophic numbers. Scientists determined then that the culprit was selenium contamination from industrial agricultural waste water.

Agriculture contributes to selenium pollution in San Francisco Bay, too. And the Bay Area’s five oil refineries are also guilty of polluting the Bay with selenium, which is a toxic by-product of the refining process.

For years, Big Oil and Big Ag have been fighting to block Baykeeper's efforts to reel in selenium pollution. In 2017, the Regional Water Board evaluated setting a limit on how much selenium is allowed in the northern areas of the Bay, where oil refining activity is concentrated. Oil industry representatives dominated the stakeholder process and successfully lobbied for zero reductions of selenium.

Now, thanks to the recent selenium studies on the splittail, Baykeeper might have an unlikely new tool in our arsenal to fight toxic selenium pollution in the Bay. Believe it or not, it's fish ears. Well, fish ear bones, to be precise.

Like tree rings, the small bones in a fish’s ear contain a record that scientists can use to track the selenium stored up in the fish's body. This new technique is much more reliable than previous methods of testing for chemical poisoning, and it helps explain the grisly deformities scientists are finding now. Splittails are a source of food for everything that eats fish--from other fish, to birds, to mammals, and even humans. So whatever selenium these splittail have will accumulate up the food chain in the Bay and Delta.

Thanks to the damning chemical data found in fish ears, Baykeeper's advocates may now have new science-based evidence to hold the oil refineries accountable and force the local agency to reduce selenium levels in the Bay. We’ll continue to use all the tools at our disposal to fight Bay polluters so that wildlife are healthy and people are safe. 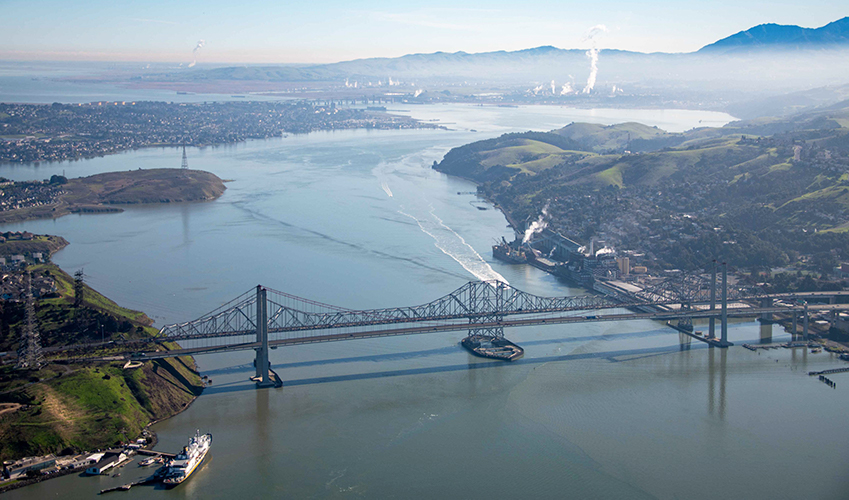 Pictured, above: The Carquinez Strait, with oil refineries visible in the distance. Oil refineries release toxic selenium—a by-product of the oil refining process—into the water. Photo by Robb Most, thanks to LightHawk Conservation Flying.

Last year, the Sacramento River’s winter-run Chinook salmon were almost entirely killed off. How? California’s State Water Resources Control Board allowed water releases into the river that were too...
January 12, 2022

Baykeeper's legal action to stop petroleum coke pollution at the Port of Benicia just got much bigger. We put Valero—one of America’s largest companies, #16 on the Forbes Top 50—on notice that we’re...
January 7, 2022
Join us to hold polluters accountable and defend the Bay DONATE NOW >