A recent article from the San Francisco Chronicle highlights the city of San Francisco’s ongoing efforts to move 75,000 tons of sand to replenish Ocean Beach’s shrinking shoreline. Ocean Beach suffers from the highest rate of beach erosion in the state.

One cause of Ocean Beach erosion? Sand mining in San Francisco Bay. For over 70 years, the State Lands Commission has allowed private companies to harvest and sell millions of cubic yards of sand from the floor of the Bay. The mined sand is used to produce concrete and other construction materials, for a profit.

Flows of fresh sand wash down to the Bay from the upper reaches of the Sacramento-San Joaquin Delta. U.S. Geological Survey scientists have demonstrated that this sand would naturally flow out of the Golden Gate and replenish eroding coastal shorelines like Ocean Beach—if it weren’t being scooped up from the Bay floor by sand miners.

Despite this evidence, the State Lands Commission approved a 50% increase in the amount of sand that could be removed from the Bay, over the objections of the California Coastal Commission.

San Francisco Baykeeper challenged the State Lands Commission’s decision in court, and in 2016 the agency was ordered to reevaluate its approval of increased sand mining. In response, the agency conducted only a perfunctory analysis and rubber stamped new permits for the same harmful levels of sand mining. So Baykeeper filed a second lawsuit challenging the agency’s action.

There’s a lot at stake.  Ocean Beach serves as a buffer between the Pacific Ocean and essential infrastructure like the Great Highway and San Francisco sewer lines. It’s also a very popular recreational spot for locals and tourists. And it provides vital habitat for native wildlife, like the threatened Snowy Plover.

The city of San Francisco has pledged to spend millions in tax dollars to restore Ocean Beach and protect the city’s infrastructure from erosion. But meanwhile, the city is failing to acknowledge the role that commercial sand mining plays in shrinking shorelines. If San Francisco really wants a long-term solution for Ocean Beach’s erosion problem, city officials should oppose selling off this vital public resource.

Baykeeper will continue to fight in court to protect the Bay’s sand resources, for the benefit of communities and wildlife that depend on healthy shorelines. 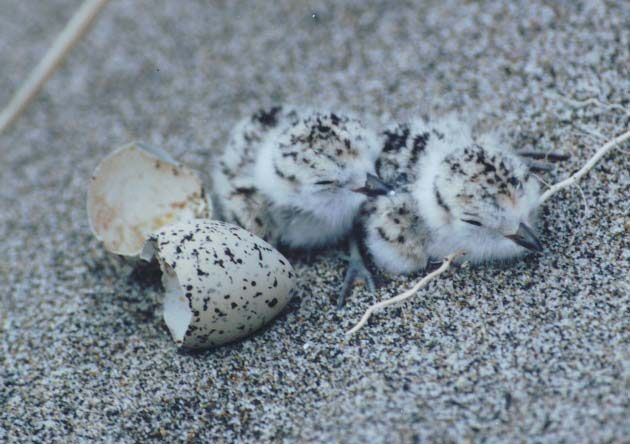 Snowy Plovers are listed as threatened under the Endangered Species Act, and rapid rates of coastal erosion put their habitat at risk.  They do not breed in San Francisco, but reside at Ocean Beach and Crissy Field most of the year.

Visitors should take special care to help protect this species by keeping dogs on-leash in areas like Ocean Beach.