Nothing Fluffy About Auto Fluff 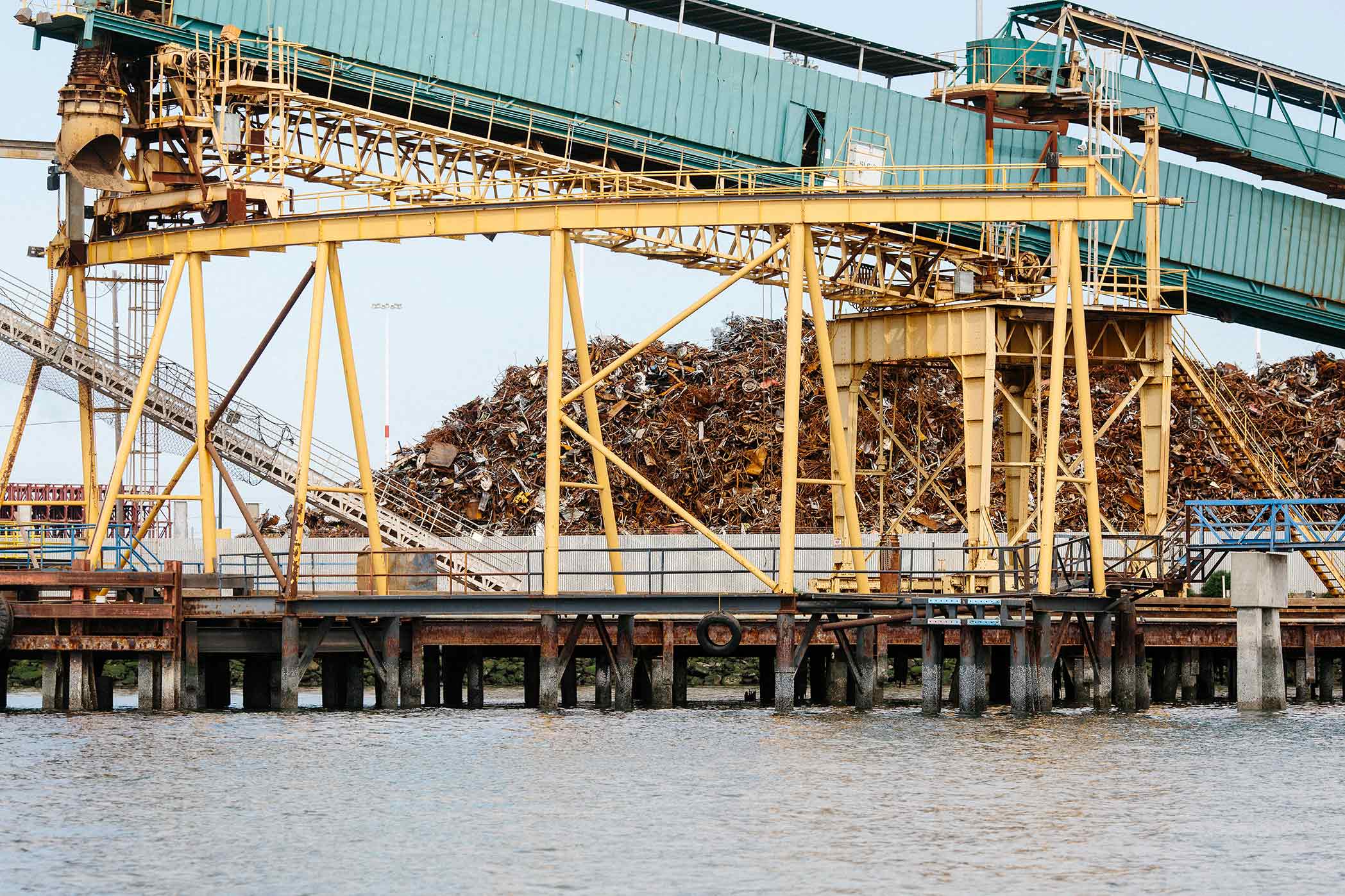 Piles of shredded metal at Schnizter Steel in West Oakland

What do you think would happen if you took a giant chainsaw to an SUV?

If you imagined metal shards and particles of plastic and foam flying in every direction, you wouldn’t be far off!

The high-impact process of industrial metal shredding generates a by-product known as “auto fluff.” But there is nothing fluffy about auto fluff, which often contains toxic substances like lead, cadmium, and gasoline. In the absence of pollution controls, the smallest particles become airborne, where they can be inhaled. The rest sink into the surrounding soil and water.

And this is exactly what’s happening in West Oakland.

Schnitzer Steel is an open-air metal shredder that sits on the Bay shoreline. It is located in one of the most industrialized and polluted parts of the Bay Area. Local communities, primarily people of color, suffer elevated rates of all kinds of illnesses—from cancer to asthma to heart disease.

Schnitzer’s product is so coated in volatile chemicals that its metal piles have spontaneously burst into flame twice in the past three years. Their auto fluff contains lead—which is proven to cause heart disease, kidney disease, cognitive delays, and miscarriage, among other ailments—and cadmium, which has been linked to cancer, respiratory issues, and autism. Metal pollution is also harmful for Bay wildlife that live and feed in the water and soil, where they absorb Schnitzer’s waste.

The California Department of Toxic Substances Control (DTSC) is the state agency responsible for protecting Californians from this kind of hazardous waste. But for decades DTSC has failed to regulate auto fluff as hazardous waste, allowing metal shredders across the state to operate in a regulatory loophole.

But no longer! In January, we joined the Natural Resources Defense Council, Communities for a Better Environment, and the Center on Race, Poverty and the Environment in an amicus brief demanding that DTSC regulate auto fluff as the harmful hazardous waste it is. And in March, the judge in the case ruled in favor of closing this loophole once and for all!

But our work doesn’t stop there. “We hope that Schnitzer is just the first of many facilities across the Bay Area and the state that will have to clean up their act,” says Baykeeper Executive Director Sejal Choksi-Chugh,

I typically cringe when I hear someone calling Baykeeper a small organization. While our budget and our staff size are modest, our dedicated supporters love us because they know we punch above our...
August 15, 2022