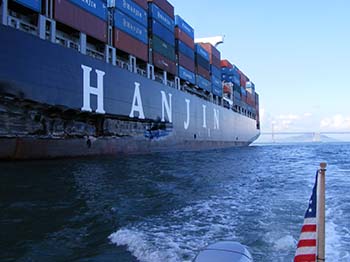 Yet another oil spill is blackening our state's beautiful coastline—this time in Southern California—a reminder of the destructiveness and toxicity of fossil fuels. News images of marred shorelines, dying birds, and desperate volunteers are both saddening and terribly familiar. From Exxon Valdez to Deepwater Horizon, we’ve seen this all before far too many times. 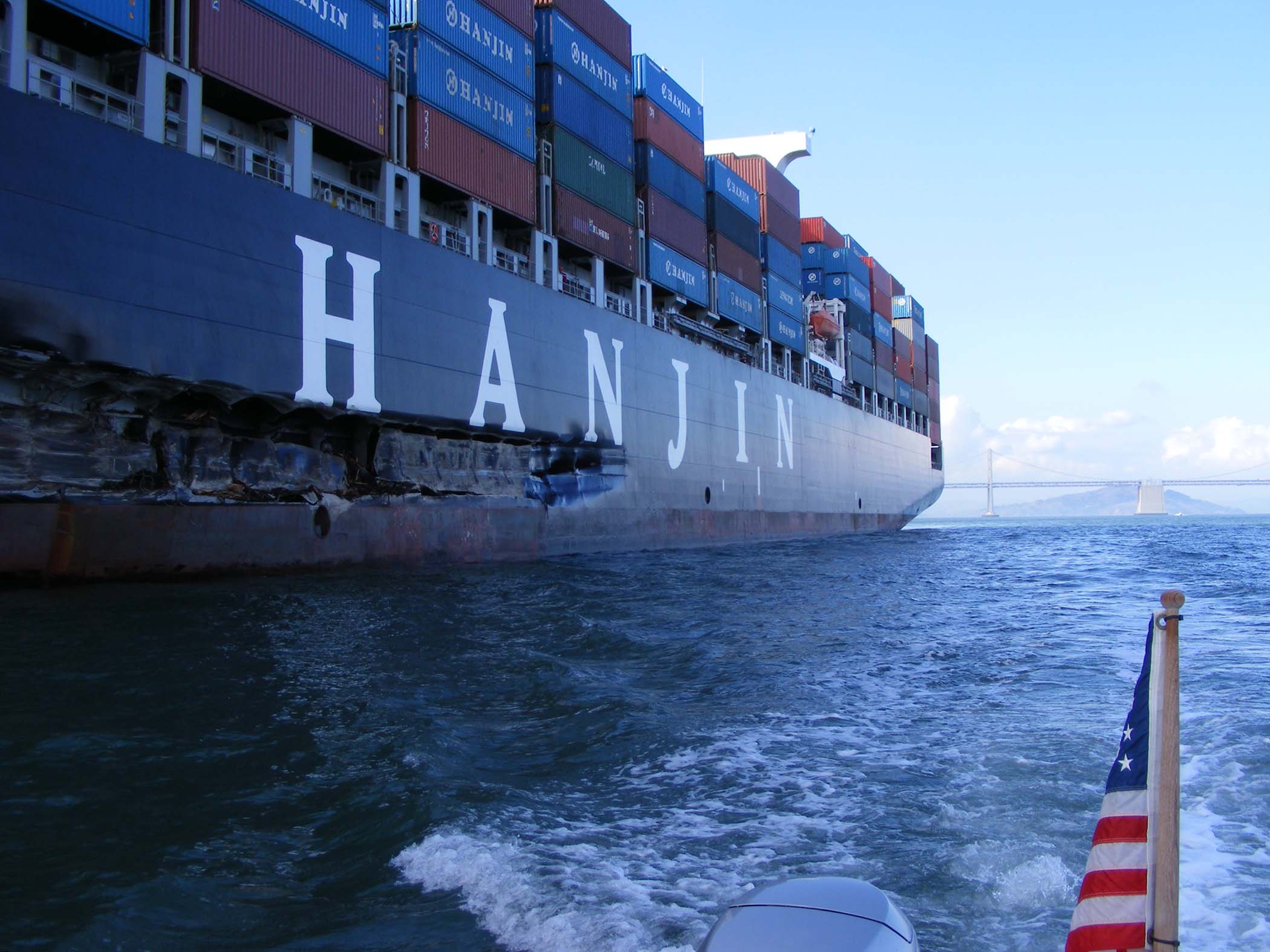 The Bay has endured a series of spills of its own in recent years—including one at the Chevron refinery in Richmond in February. The last major oil spill in the Bay was in 2007. Human error caused the Cosco Busan container ship (pictured, left) to crash into the Bay Bridge, tearing its hull and spilling 53,000 gallons of bunker oil into the Bay. Baykeeper staff witnessed the aftermath of the spill firsthand. We were devastated by the needless death of thousands of birds and the blighting of the Bay’s shoreline. We were also alarmed by the slow and poorly coordinated response of both state and federal agencies.

In the years since, Baykeeper has worked with agency officials to improve oil spill prevention and response. We’ve passed state laws to strengthen volunteer training, mandate better coordination between state and local agencies, secure more funding for oiled wildlife care, and helped identify particularly sensitive wildlife habitat around the Bay to prioritize protecting in the event of a spill.

And just recently in partnership with Senator Robert Rivas, we passed new legislation to monitor heavy oils on California’s waterways. Heavy oils like tar sands crude can be even more dangerous to the environment than conventional fuels because they sink and are nearly impossible to clean up. But the work is far from over, as we can all see. The spill down south should never have happened—but it did happen, and it will happen again.

So what’s the solution? As long as petroleum products remain in use, these fuels must be rigorously regulated, from extraction to consumption. Polluting companies must face stiff fines to serve as a future deterrent. The costs of oil consumption should internalize the heavy burden of environmental cleanups, and subsidies for big oil should end. And of course, we need to pivot aggressively away from fossil fuels altogether.

Until those in power take meaningful action to transition our fuel-based economic engines, the current oil spill—or tomorrow’s oil spill, or next month’s oil spill—will, sadly, not be our last.

The traditional holiday season of thanks is taking on new flavor as I reflect on what Baykeeper has accomplished over this past year. There’s so much to be grateful for. We made it through the worst...
November 23, 2021
Join us to hold polluters accountable and defend the Bay DONATE NOW >