Help save Newark's Bayfront on November 14 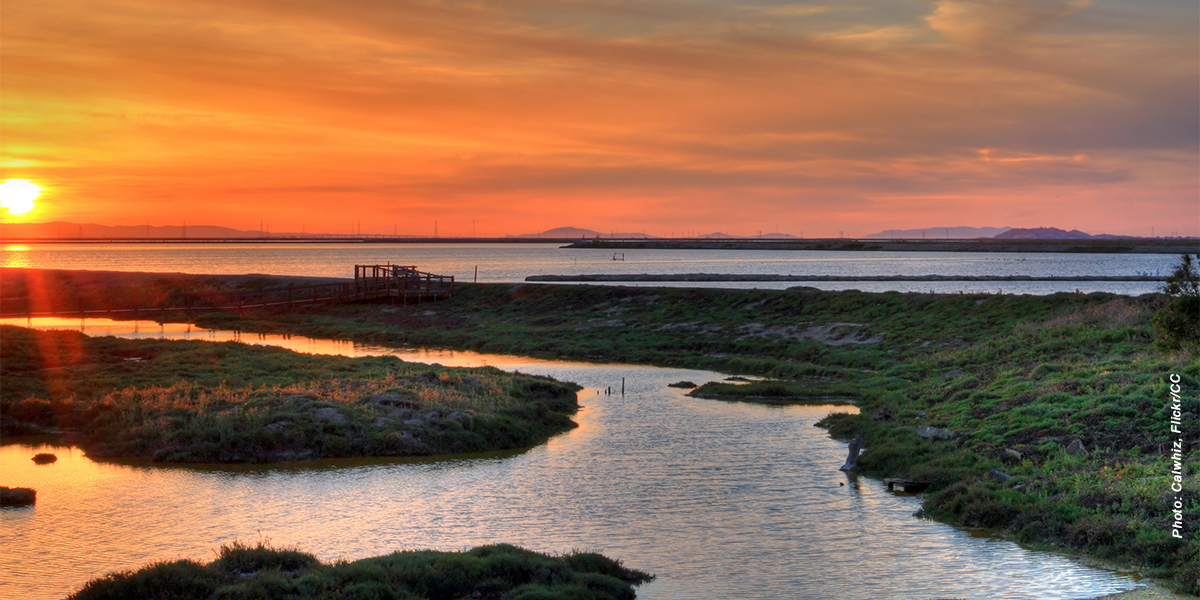 A development company has a shocking new plan to fill one of San Francisco Bay's few remaining wetland areas, right on the Bay shoreline in Newark.

Wetlands and tidal marshes are becoming more valuable with each passing day. That's because the Bay Area is facing regionwide sea level rise. And wetlands—which act like sponges, absorbing huge quantities of water—are one of the most effective buffers to rising waters.

The Newark development would contend with constant flooding in the coming decades. Other South Bay communities would be at greater risk as flooding spills over into neighboring areas.

Paving over those wetlands would also destroy wildlife habitat that's home to a dozen species that are already in trouble.

Newark shouldn't allow its precious tidal wetlands to be destroyed, just to allow luxury development in an area that will eventually be flooded.

We're joining our environmental partners to call on the city of Newark to stop this unwise development proposal. Instead, the city should recommend that the area be added to nearby Don Edwards San Francisco Bay National Wildlife Refuge.

And you can help! On Thursday, November 14, the Newark City Council will hold a public hearing on the issue.

Your voice can help stop this irresponsible plan to pave Newark’s tidal marshes. Ask the city to protect and restore the shoreline for the health of the Bay and future generations.

Pictured, above: The Don Edwards San Francisco Bay National Wildlife Refuge, by Calwhiz, Flickr/CC. Baykeeper and our partners are advocating for Newark wetlands to be added to the Don Edwards refuge rather than paved over.

Take Action to Clean Up the Bay's Toxic Sites

There are thousands of toxic sites across California—and many of them pose a direct threat to public health and the environment. More than a thousand of those toxic hotspots are right here along the...
April 20, 2022

It just got a lot easier for the Cargill corporation to pave over San Francisco Bay wetlands to build offices, condos, and strip malls. At Cargill’s request, Trump’s EPA recently issued a decision...
March 15, 2019

The Battle for the Bay’s Colorful Salt Ponds

If you’ve travelled by plane over the Bay Area, you may have seen the bright red, orange, and yellow ponds in south San Francisco Bay. They look pretty and calm, but they’re actually the site of a...
November 1, 2018
Join us to hold polluters accountable and defend the Bay DONATE NOW >