A Green New Deal for a Blue SF Bay

Our children’s San Francisco Bay could be vastly different from what we know today.

Rising water levels in the Bay are likely to inundate toxic hotspots, industrial facilities, and sewage treatment plants—spreading pollution throughout the watershed. Warming Bay waters may cause toxic algae blooms and spread new diseases to plants and animals. And extreme swings between storms and drought could strain California’s already limited water resources.

And these are just the changes scientists are able to predict. The Bay Area—and the US—need to act quickly to prepare for the impacts of climate breakdown.

In February, US Representative Alexandra Ocasio-Cortez (D-NY) and Senator Ed Markey (D-MA) released an ambitious moonshot plan in the Green New Deal for the United States. The proposal covers a lot of ground to address climate change and economic inequality.

While the Green New Deal is being hotly debated at the national level, it definitely inspires the conversations we need to have today for the future health of the planet – and for San Francisco Bay.

Here are a few examples of how the bold ideas in the Green New Deal could directly benefit San Francisco Bay:

The Green New Deal is an ambitious plan that sends a powerful message: the United States needs to take bold, decisive action to mitigate the climate crisis.

Baykeeper and our allies are already working at the local level to effect meaningful change to address this crisis. We hope that the goals of the Green New Deal will be realized for the health of San Francisco Bay and the entire country. 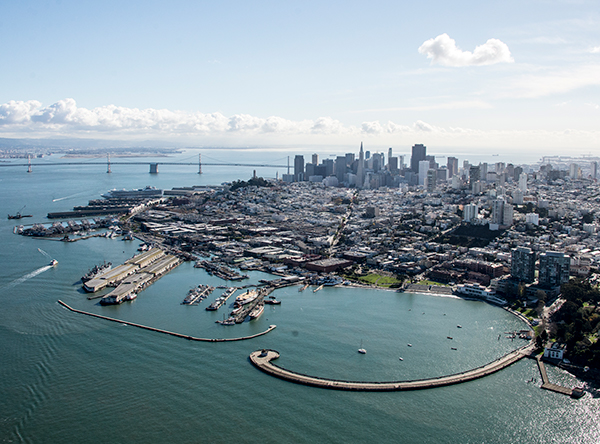 Photo: Robb Most, Thanks to LightHawk Conservation Flying