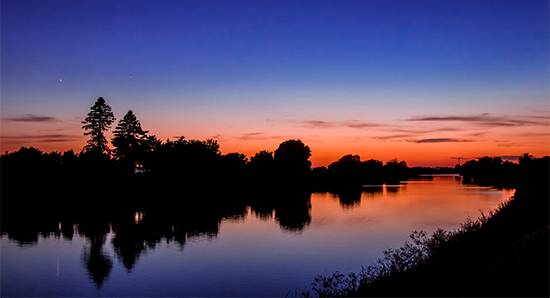 In response to public pressure, Governor Brown's office recently proposed adjusting the Delta Tunnels project to include only a single tunnel in its initial phase. But the one-tunnel plan would still potentially remove large amounts of water from the Bay and Delta ecosystem.

Baykeeper and our partners at the Natural Resources Defense Council, Friends of the San Francisco Estuary, and other environmental groups recently spoke at a hearing in Sacramento to express our concerns. Regardless of whether the project proceeds with one or two tunnels, environmental review is necessary to determine how reducing freshwater levels will impact the Bay-Delta estuary and native fish.

The Delta Tunnels project, also known as California WaterFix, is a proposed multi-billion dollar infrastructure project that would divert water from the Sacramento River to Southern California cities and Central Valley farms. The twin tunnels plan has been widely criticized by environmentalists, farmers, and tribal rights groups.

There are many proven, lower cost methods to increase California's water supply and make water use more efficient. For example, California could add 10% to its water supply simply by fixing leaking pipes. Other technologies like water recycling and rainwater harvesting would make a huge difference, while also preparing California for extreme climate events like droughts and storm surges.

And, unlike the Delta Tunnels plan, these more efficient approaches would be less costly and benefit communities and habitat throughout the state.

Baykeeper will be monitoring the new Delta Tunnels plan carefully, and advocating against any measures that will further weaken the Bay's ecosystem.

Court halts Trump water grab – for now
Why is the Governor Seeking Harmful Water Diversions while Challenging Trump's?
Trump Approves Extinction Plan for California Fish
Ding, Dong the Wicked “Fix” is Dead
Sucking water from rivers leaves only a trickle for the Bay
Fish out of water: Debunking myths in the Bay-Delta water debate