Baykeeper works to stop roadway trash flowing into the Bay

A lot of trash accumulates along Bay Area highways and freeways. Rain and wind can drive that trash into the Bay or into storm drains that empty into the Bay. Trash pollution blights views of the Bay, inhibits Bay recreation, and harms the Bay’s wildlife.

The California Department of Transportation, or Caltrans, is responsible for preventing trash pollution on streets from getting into the Bay (and waterways all around the state). But Caltrans is not doing enough to clean up roadside litter.

In March, Baykeeper advocated at a meeting of the San Francisco Bay Regional Water Quality Control Board, voicing our concerns about Caltrans’ ineffective trash controls. Baykeeper’s Staff Attorney pointed out that Caltrans isn’t monitoring its trash levels properly—a necessary first step to be able to gauge progress towards meeting the region’s goals for reducing trash.

To ensure that Caltrans cleans up its share of the Bay Area’s trash problem, Baykeeper and our partners at Save the Bay recommended that the Water Quality Control Board pursue a strong enforcement action against Caltrans. The Board agreed with us and will require Caltrans to do more to reduce trash from entering the Bay.

While the Water Quality Control Board took a strong stand on Caltrans, the regulatory agency has thus far given a pass to most Bay Area cities. Local municipalities are responsible for reducing the trash that washes into the Bay from their storm drains, which is another big source of trash pollution in San Francisco Bay.

Baykeeper has been urging regulators to require stronger action by cities to reduce municipal trash pollution to the Bay. Some cities have actually claimed they don’t have any trash going into the Bay, and many aren’t doing enough to monitor and reduce trash levels. 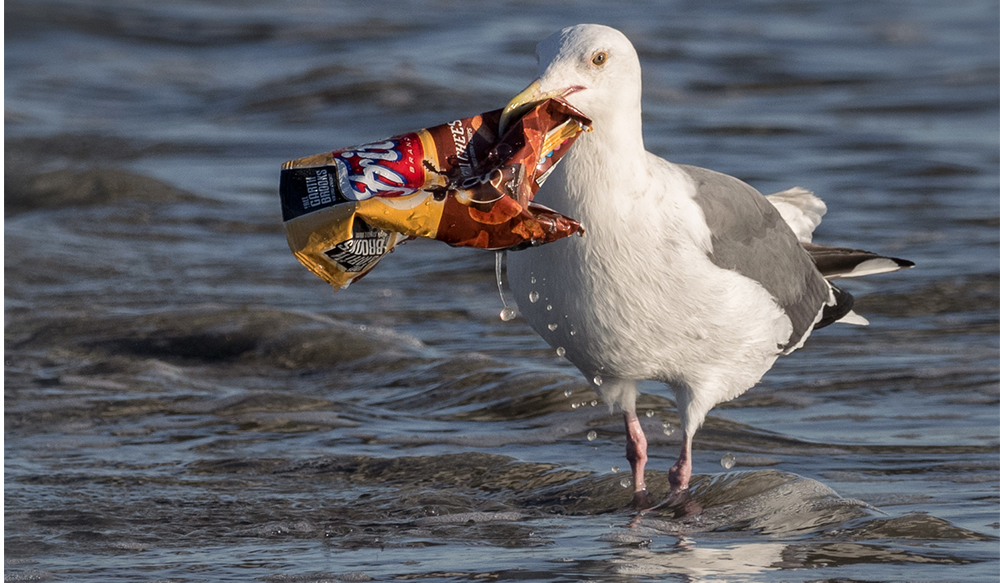