Baykeeper’s Staff Scientist and Field Investigator took to the air with our partners at LightHawk Conservation Flying, to survey the impact of King Tides on Bay Area shorelines for the third year in a row.

Documenting the range and intensity of the annual high tides known as King Tides can help predict the effect of sea level rise in coming decades. 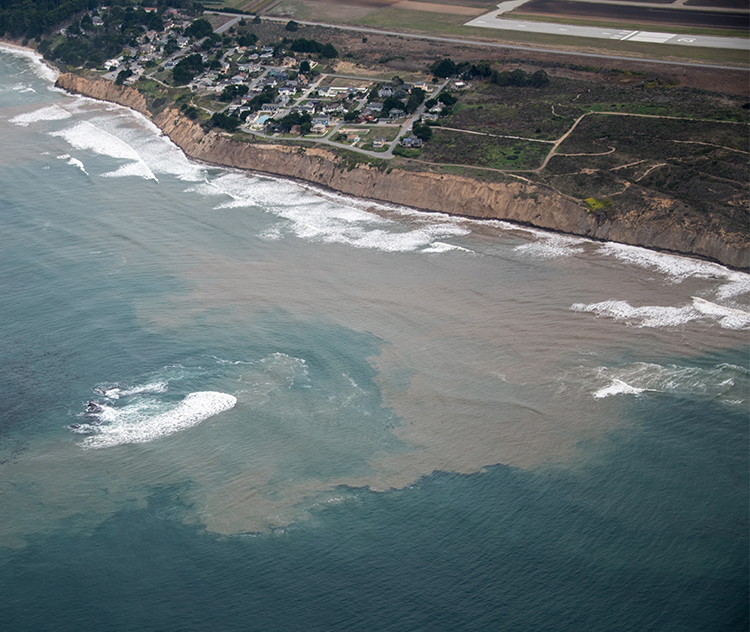 During the flyover, Baykeeper staff observed high water levels along the coastal shoreline of the Peninsula, particularly near Half Moon Bay and south of San Francisco. In some areas, high waves were actively eroding shoreline cliffs, causing whorls of murky orange sediment in the water. These areas are known erosion hotspots that will continue to lose sediment as sea levels rise. The Baykeeper team flew over Mountain View, Half Moon Bay, up the western shore of the Peninsula to Richardson Bay, then over Highway 37, San Francisco, Berkeley, and Oakland.

In the North Bay, several roadways and bike paths were flooded by high water levels. Most roadways were still passable, but many were very close to being submerged entirely and are vulnerable to further tidal flooding. As Baykeeper flights have recorded in the past, the Bay Bridge approach is also prone to severe flooding, although it appeared to be mostly above water at the time of this year’s flight. In the South Bay, Baykeeper staff recorded many wetland areas that were submerged.

The annual King Tides occur when the earth’s orbit aligns at its closest point to the sun and moon, resulting in extra gravitational pull. King Tides are not related to sea level rise, but they provide a glimpse at the areas of shoreline vulnerability to rising water levels.

This flyover survey is part of a broader effort by Baykeeper to advocate for more comprehensive planning and preparedness for sea level rise along the Bay’s shore.

Photos from LightHawk flight by Robb Most for SF Baykeeper 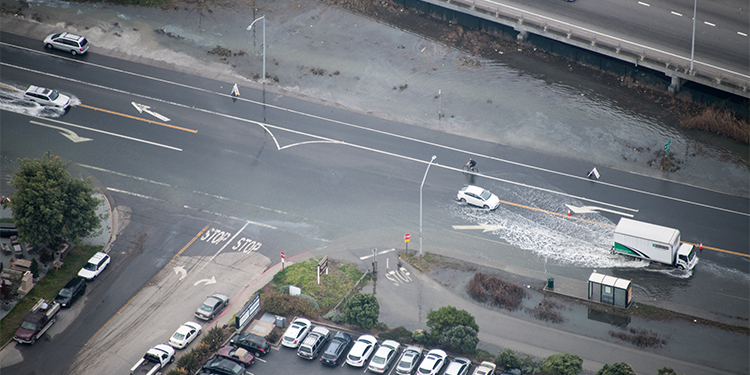