Barge Fuel Leak in the Bay

On Friday, April 7, a barge carrying 4,000 gallons of diesel and 300 gallons of oil sank in San Francisco Bay and began leaking fuel. The barge, which is named “Vengeance” and owned by Vortex Marine Construction, Inc., was stationed near Yerba Buena Island for BART tube maintenance, and likely capsized during the rough stormy weather. Baykeeper was alerted of the incident by the Coast Guard and has been in regular contact with the Coast Guard and California Office of Spill Prevention and Response (OSPR) to ensure that robust environmental monitoring and cleanup measures are being taken to protect the Bay.

As an oily sheen developed around the barge in the hours after it sank, the emergency response contractors placed a bright-yellow floating containment boom and absorbents around the affected area. Unfortunately, this type of technology is not always effective at containing an oil spill because the Bay’s fast currents make it difficult to collect oil once it is in the water.

After conducting multiple sonar beam surveys of the vessel, the response agencies determined that the barge was stable but that it would be too risky to the Bay to try to remove the remaining oil while it was submerged.  The Coast Guard reports that a dive team was able to plug the barge’s holes and vents to stop further leakage, and the oily sheen diminished over the weekend.  The amount of fuel spilled into the Bay will only be known after the barge is pulled out of the water and calculations can be done to estimate how much is missing.

The barge is now resting above the subterranean BART tunnel, which is protected by an approximately 30-foot layer of compacted sediment. The barge is being regularly scanned by sonar and monitored by divers to ensure the vessel and tunnel’s stability. The Coast Guard has also deployed shoreline teams to track any potential impact to water quality and wildlife.

The Coast Guard, BART, OSPR, emergency management services, and Vortex Marine Construction are working on a salvage plan for safely recovering the barge over the coming weeks.  They will have to wait until weather and tidal conditions are favorable, and a plan is in place before attempting to salvage the barge.

Thankfully, there are no signs of harm to wildlife or to the ecosystem as a result of this incident. Baykeeper will continue to coordinate with the Coast Guard and monitor the situation through regular boat patrols to make sure San Francisco Bay is not harmed and the barge is salvaged safely.  We will also continue our work to prevent future oil spills.

If you see oiled shorelines or wildlife, please immediately call the state’s oil spill report line at 800-852-7550 or 800-OILS-911 and feel free to also report the incident to Baykeeper’s pollution hotline at 1-800-Keep-Bay or send relevant photos to hotline@baykeeper.org. 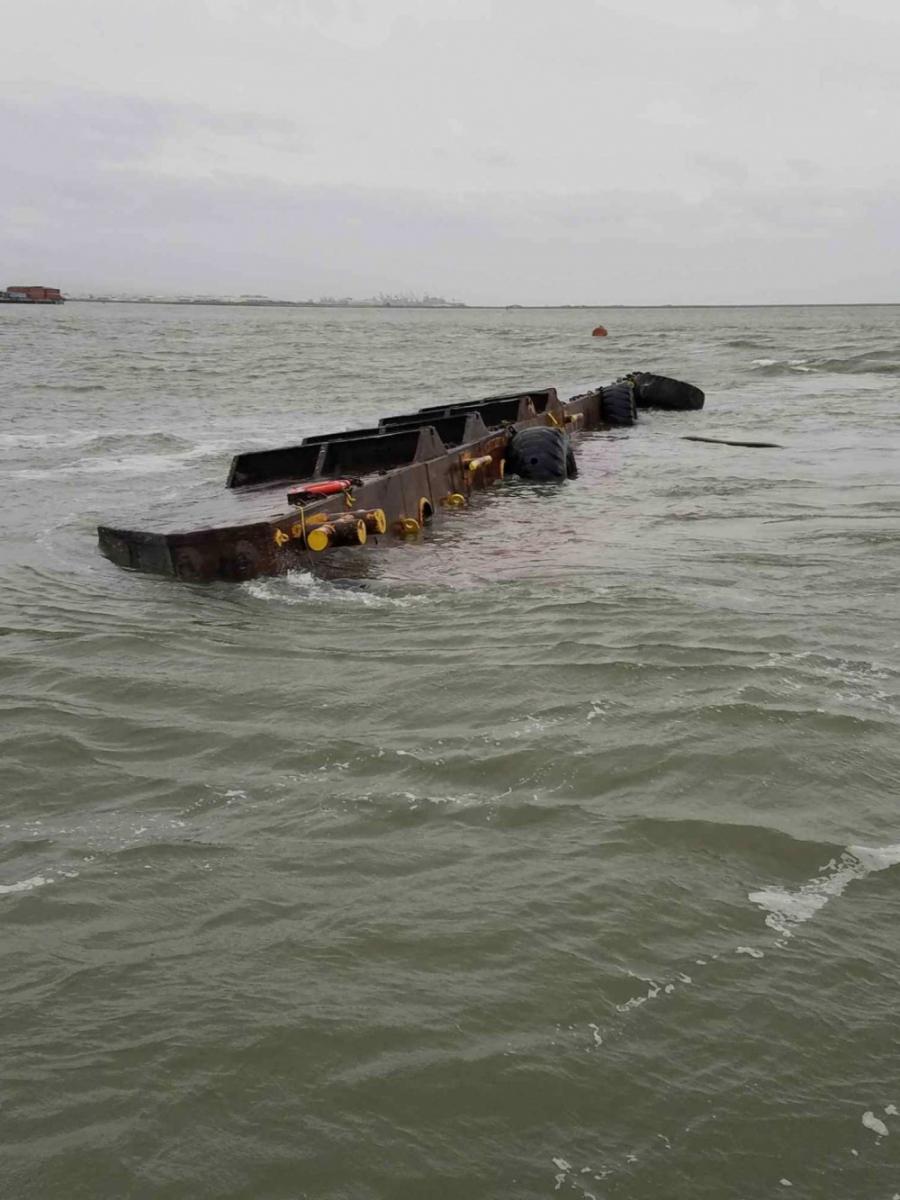 The news this past month has felt like a nightmare I've had before. Toxic oil devastated our beautiful Southern California shorelines, and the headlines were ghosts of the past. There were critical...
October 29, 2021

Yet another oil spill is blackening our state's beautiful coastline—this time in Southern California—a reminder of the destructiveness and toxicity of fossil fuels. News images of marred shorelines,...
October 7, 2021

This past February, I was in the middle of a Zoom meeting when my cell phone started buzzing. Texts were coming in from Richmond residents alerting us to an oil spill near Chevron’s tanker wharf. I...
April 12, 2021
Join us to hold polluters accountable and defend the Bay DONATE NOW >