San Francisco Bay’s Suisun Marsh is one of the largest marshes on the West Coast, providing rich habitat for fish, birds, and other wildlife—including river otters like the one pictured here.

At least twice a year, duck clubs artificially inundate their wetlands to attract waterfowl. At the end of duck hunting season, the clubs flush the stagnant water into Suisun Marsh and its inlets and sloughs.

The discharged water contains high concentrations of bird waste and other organic matter, which depletes dissolved oxygen (the amount of oxygen molecules present in the water). Fish and other aquatic animals need oxygenated water in order to breathe.

The release of large volumes of oxygen-depleted water into Suisun Marsh from duck club wetlands can trigger a precipitous drop in dissolved oxygen in the receiving marsh. These oxygen drops can last for hours or days. When dissolved oxygen levels drop suddenly or last for an extended period of time, fish and fish larvae perish. Fish kills have already been reported in the sloughs of Suisun Marsh following these duck club discharges. 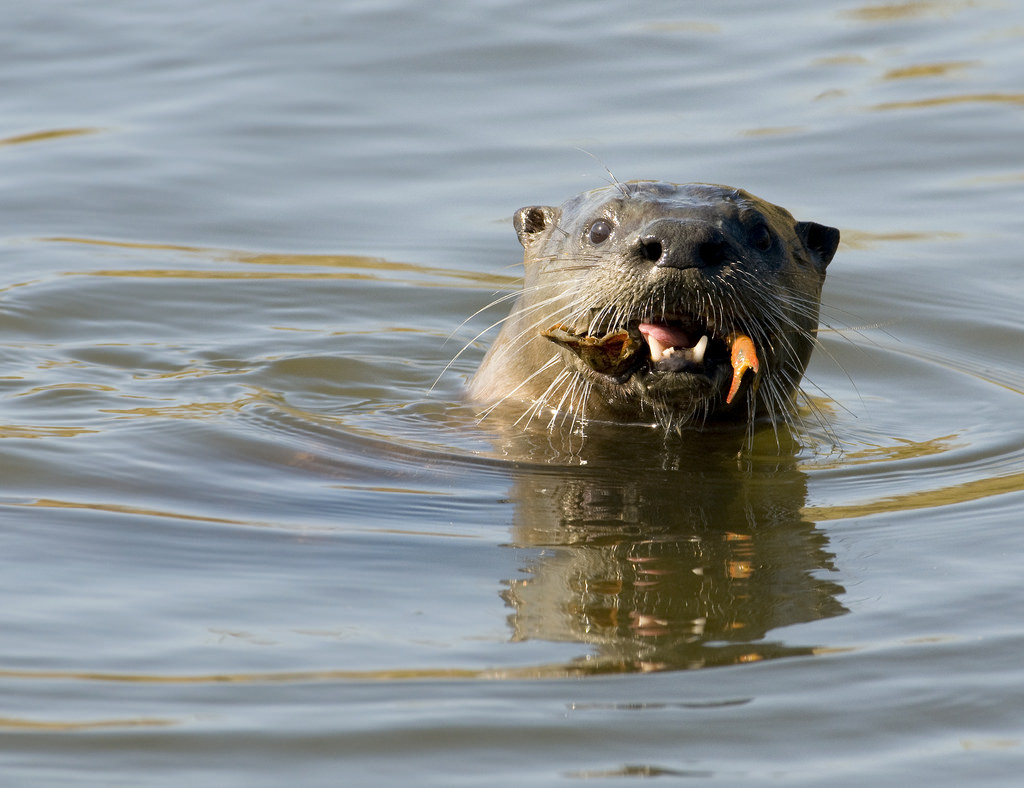 Low oxygen levels can also inhibit the growth of otherwise healthy fish. In addition, endangered salmon migrating through Suisun Marsh in the winter season have greater dissolved oxygen needs than other species.

Another concern is methylmercury, a toxic heavy metal that can hurt aquatic life and travel up the food chain to humans. Privately owned wetlands are a major contributor of methylmercury in the surrounding waters.

Stronger pollution monitoring of duck club discharges is needed for the health of fish, as well as the wildlife that depend on fish as a food source. Suisun Marsh is an important part of the San Francisco Bay ecosystem, and Baykeeper will continue to work to defend it from harmful influxes of oxygen-depleted and mercury-contaminated water.