25th Anniversary Flash from the Past—Jail Terms for Bay Polluters 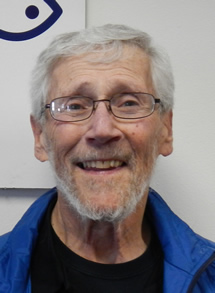 Just a few months after Baykeeper’s founding in 1989, we received an anonymous tip about illegal dredging that led to a covert investigation, media scandal, retaliatory damage to the Baykeeper boat, a criminal investigation, and finally, jail time for the offenders.

An anonymous phone caller first reported to Baykeeper that Donco Industries, a small local shipyard, was secretly and illegally dredging sediment that was polluted with toxic paint residue from the bottom of the Bay. The company intended to deepen their entrance channel so they could work on larger vessels. We would later learn from a whistle-blowing former Donco employee that the illegal dredging was done to obtain lucrative contracts with the U.S. Navy.

The work was taking place at night with a specially disguised dredge. The company instructed operators to stop work whenever Coast Guard or Baykeeper patrol vessels appeared. The dredged mud was then being dumped just outside the shipyard, instead of being barged to the designated site for toxic materials. Tests later showed the deposited sediment had high levels of copper, zinc, lead, and a chemical toxic to shellfish, tributyl tin.

Such activities, especially when they involve sediment heavily polluted with metal-tainted vessel bottom paint, were and are strictly prohibited without dredging and water quality permits.

Baykeeper’s investigation revealed that the shipyard had none of the required permits, and we swung into action. One of our volunteer kayakers who loved dangerous assignments agreed to undertake the necessary night surveillance. After observing the clearly illegal dredging and disposal over several nights, we reported our findings to the Bay Conservation and Development Commission (BCDC), the agency charged with issuing dredging permits and enforcing permit violations.

Much to our dismay, BCDC proposed to issue Donco an after-the-fact permit and a $100 fine. Baykeeper protested BCDC’s slap-on-the-wrist response, resulting in their upping the fine to a $6,000 tax-deductible payment to a charity of Donco’s choice, plus a promise to remove some of the toxic mud.

Baykeeper contacted the media, first briefing reporters on federal guidelines suggesting potential fines 10 to 20 times higher than those proposed by BCDC, then taking them to visit the site in the Baykeeper patrol boat. Several newspaper and television stories appeared describing the clearly illegal activities, as well as the weak response by regulators.

Less than a week later, the Baykeeper boat was broken into, several expensive pieces of electronic navigational gear were taken, and all of our patrol records were dumped overboard. Although we had no proof, we suspected this was retaliation for our having discovered and reported the shipyard’s illegal activities. We contacted both the police and the media, who once again publicized the story.

Distressed by BCDC’s weak action, we also reported our findings to the federal Environmental Protection Agency’s Criminal Investigation Service. Following a lengthy investigation, the case was turned over to the US Department of Justice for prosecution. On August 31, 1993, Donco president Donald Manning was sentenced to serve two years in prison, perform 100 hours of community service, and pay a $5,000 fine. Another officer in the company also received a prison sentence. It was one of the first times a conviction for an environmental crime against San Francisco Bay resulted in jail time.